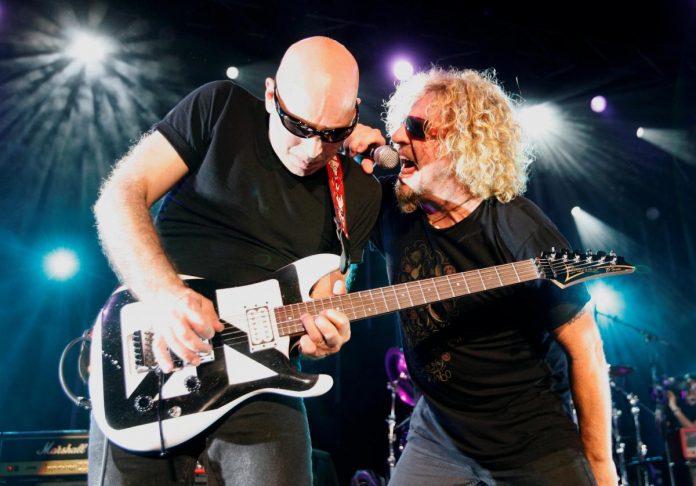 (The writer is a Reuters contributor. The opinions expressed are his own.)

NEW YORK (Reuters) – You probably know Sammy Hagar as a music legend, either from his solo career or as a longtime frontman for Van Halen.

What you might not know: The gravel-voiced 70-year-old is also an impressive business titan, with successful ventures ranging from spirits to restaurants.

For the latest in Reuters’ “Life Lessons” series, we talked to Hagar about his remarkable rise from hardscrabble poverty in California to a Hall of Fame music career along with his status as the de facto king of Cabo San Lucas.

Q: What was the money situation like in your early days?

A: We were dirt-ass poor. My mom was basically raising four kids on her own, so things were tough. But it made me grateful for every bit of success I got. And I always wanted more. It drove me to say, ‘I’ll never be poor again.’ That almost became a problem, because I wondered when I was ever going to stop working so hard.

Q: When your fame started to grow and you joined Van Halen, how did you handle extreme success?

A: The best thing that ever happened to me was that it wasn’t overnight success. It was very gradual. In the early days I even did other things, like construct apartment buildings and rent them out.

By the time I made my first million, I was pretty grounded.

Q: Your ventures outside music started in Cabo San Lucas, Mexico. Why did you set roots down there?

A: I had bought a little house, and eventually I decided to open up a bar. I became hip to really good tequila, with 100 percent agave, because at that time in America, there really wasn’t any. I just thought, ‘I’ll build a cantina, and have all these wonderful tequilas you’ve never heard of.’ And then I started making my own.

Q: What did that teach you about the business side of things?

A: You don’t have to know what you are doing to be successful.

Sometimes passion, wanting something different and breaking the rules is the shortest route to success. If you get one idea that makes you excited, and you put your heart and soul into it – there is no stopping that.

Q: Your split from Van Halen in 1996 was a little acrimonious, so what did you learn from that experience?

A: Ha! Well, I guess things didn’t work out so well at the end, but I can’t say anything bad about Van Halen. I had a long run as part of one of the top bands in the world, having the best times you could ever imagine. And in retrospect, it really helped me with my own business goals. Looking back in life, it really makes you believe in God, because you can see that every step happened for a reason. It’s like somebody planned it.

Q: What life lessons do you try to pass along to your kids?

A: My philosophy – which Warren Buffett told me personally – is that you should give your kids enough to live humbly, but not so much that they have no drive or ambition. You don’t want them to starve to death, but you also want them to work and succeed on their own. So far, it is working.

Q: Tell me about your philosophy of giving back?

A: Anything I do to make money, I make sure to give some back. It’s a spiritual thing, like leaving some for the gods. I believe that, and it makes me more comfortable with being rich. A lot of people hate rich folks – but I say don’t judge others by how much money they have, judge them by what they do with it.

Every place I have restaurants – like Cleveland, Maui, Oahu, and Las Vegas – I give my proceeds back to the local community, usually food banks. I also have deals with some local hospitals, where if terminally ill kids come in without insurance and the families can’t pay, I help with the bills. That’s my favorite thing to do.

New Brunswick’s rent cap is on track to end as planned on Dec. 31, despite calls for an extension to help renters deal with...

Nanaimo RCMP are asking for the public’s help in finding 29-year-old Robyn Houle who has not been seen or heard from since November 1st. According...

Ontario Provincial Police say a person has been charged with careless driving after a school bus drove a short distance with a child caught...

A 12-year-old was taken to a hospital outside of the region with serious but non-life-threatening injuries after a single vehicle collision in Woolwich Township. It...

Two dead, 24 missing after floods in France and Italy