Jackie Stallone, the mother of Sylvester Stallone, astrologer, and Celebrity Big Brother contestant, has died at the age of 98.

The news was confirmed by her son, the singer Frank Stallone, on his Facebook page.

“This morning my brothers and I lost our mother Jackie Stallone. She was the mother to four children, Tommy, Sylvester, Frankie and my late sister Toni Ann. She was a remarkable woman working out everyday full of spunk and fearless,” he wrote.

“She died in her sleep as she had wished. It was hard not to like her, she was very eccentric and flamboyant person. She was born on November 29th 1921 in Washington DC ,she lived through prohibition, the depression and World War II.

“I would talk to her for hours about the 20’s 30’s and 40’s. It was a history lesson. Her mind was as sharp as a razor till the day she died. She never wore a mask a true revolutionary gal. I guess I’m drowning my emotions in tears and to [sic] much vino.

“But when you’ve known someone for 70 yrs it tough and sad. She had seven grandchildren and 3 great grandchildren . My brother Sylvester took care of her like a Queen for all of her life. I will never be able to call my mom again or have her yell at me why I never got married. But we all loved her and her sprit to survive and prevail. I’ll miss you always mommy.”

Jackie Stallone led a varied and interesting life. Born in Washington D.C., her family lived for a time with the famed bodybuilder Charles Atlas, and she would go on to become the first woman to have a daily TV show on exercise and weight lifting. After working as a trapeze artist, nightclub singer and a hairdresser, she became a wrestling promoter before finding some prominence in the 1990s publishing astrology books and making TV appearances.

In 2005, she was a surprise contestant on UK reality series Celebrity Big Brother, appearing alongside her former daughter-in-law Brigitte Nielsen, with the two having a famously fractious relationship. Stallone only spent four days in the house before being voted out by the public.

Stallone was married three times and had four children, Sylvester, Frank, Toni D’Alto (who died in 2012 after a battle with cancer), and Tommy, according to Frank’s post. He also wrote that she had seven grandchildren and three great grandchildren. 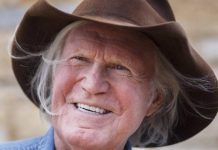 how to tell if you have a common cold, flu or Covid – lintelligencer...

After last week’s extraordinary achievement of grabbing a sample of rock and dust from an asteroid speeding through space more than 200 million miles...

Alberta’s top doctor reported 477 cases of COVID-19 and five more deaths on Thursday. The province once again set a record of active cases with...

British Columbia reported 234 new cases of COVID-19 on Thursday, the ninth consecutive day the province has added more than 200 cases to its...

Coronavirus Canada Updates: Bars, restaurants account for 2 per cent of COVID-19 outbreaks in...

South Korea's Supreme Court on Thursday sentenced the former President Lee Myung-bak to a 17-year prison term in an appeals trial on charges of...