The private water utility provider at Canadian Lakeview Estates says a potable water truck is on site while a broken water main is dealt with.

“Upon investigation, our crews discovered the break was at depth, and would require heavier equipment than was readily available. It would also require more thorough trench preparation. We do not have a repair timeline established yet, but crews are on site, and we hope to have an update very soon,” Eric Wilson, spokesman for Corix Utilities, said in an email.

“As such, work had to be suspended until this morning. The break is also in a location that does not allow us to isolate that part of the system, which means water will remain off for the entire community.”

Residents can bring their own water containers to fill as needed at the water truck, located on a pullout on Tronson Road, just past Phoenix Estates (9196 Tronson Rd.) 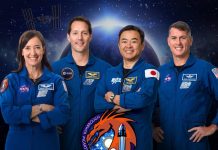 Toronto has launched its own website and hotline for booking COVID-19 vaccines as it waits for a provincial system to make its debut. The website says...

The Conservatives are firing back at allegations they’re holding up legislation by accusing the Liberals of using their own tactics to engineer an election...

A northern Saskatchewan highway is closed following a serious crash that killed one person, according to RCMP. On Sunday Prince Albert RCMP responded to...

Coronavirus: One New Case of COVID-19 in NL on Sunday

Health officials in Newfoundland and Labrador reported one new case of COVID-19 on Sunday. The single case is related to international travel and involves a...

Scientists Discover new marijuana Compound That May Be 30 Times More...