A DNA research traces the homeland of modern humans to the Makgadikgadi-Okavango wetland.

Professor Vanessa Hayes, a geneticist at the Garvan Institute of Medical Research in Australia, said: “It has been clear for some time that anatomically modern humans appeared in Africa roughly 200,000 years ago.”

“What has been long debated is the exact location of this emergence and subsequent dispersal of our earliest ancestors.”

However, another study also published in Nature, in 2017, contradicts this finding. These researchers said the origins of Homo sapiens to lie at least 100,000 years earlier than previously thought.

Palaeontologists tested Homo sapiens fossils found in Jebel Irhoud, west of Marrakesh, Morocco that had originally been investigated in the 1960s. Using new technology the site was found to be older than first thought.

With computerised reconstructions of the partial skull found, the scientists for the 2017 study were able to establish that the inhabitants of Jebel Irhoud would have looked very similar to humans today.

“Their face is the face of people you could meet in the street now,” Professor Hublin, of the Max Planck Institute for Evolutionary Anthropology in Leipzig said at the time. “Wearing a hat they would be indistinguishable to us.”

Without a hat, however, the Jebel Irhoud skull looks lower and more elongated from the back.

Jean-Jacques Hublin, the project leader, said: “We used to think there was a cradle of mankind 200,000 years ago in east Africa but our new data reveal that Homo sapiens spread across the entire African continent around 300,000 years ago.” 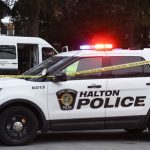 Controversial armoured car for Halifax police to arrive in spring 2020