Alberta has 8,090 active cases of COVID-19 after the province reported another 713 infections Tuesday.

The number of COVID-19 patients admitted to hospital set a new pandemic record Tuesday with 207 people, 43 of whom are in intensive care.

The death toll increased to 376 after the province reported seven new deaths — all but one connected to continuing care outbreaks.

The Calgary zone has more cases than the Edmonton zone now with 3,434 and 3,255, respectively.

Despite the sharp rise in cases, Alberta health officials continue to resist calls for more measures to lower the spread of the disease.

Premier Jason Kenney and Chief Medical Officer of Health Dr. Deena Hinshaw put a 15-person limit on gatherings and asked Edmontonians and Calgarians to not have people over in their homes.

“I’m imploring the premiers and the mayors to please do the right thing: Act now to protect public health,” Trudeau said.

Alberta has the second-highest rate cases per capita behind Manitoba where a strict lockdown will start later this week.

Ontario tightened restriction in Toronto, and its premier said he won’t hesitate to extend them if necessary.

Mayor Don Iveson says it’s hard for Edmonton to act alone and wants all levels of government to work together on decisions this big.

“I think we look to partner with all orders of government to meet the needs of Canadians to get through this pandemic and to ensure the resiliency of our economy,” he said Tuesday. “I would just as soon have the medical officers of health make that call rather than these calls becoming political.”

But Kenney has repeatedly opposed a second lockdown.

“Nobody wants that to happen here in Alberta,” he said last Friday. 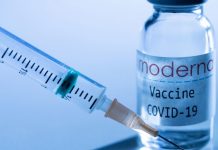 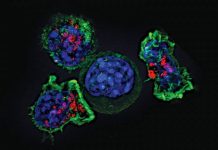 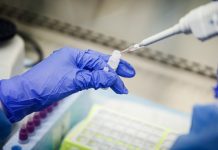 It has been one month since Sean Connery died. The “James Bond” icon had been “unwell for some time” before passing away peacefully in his...

COVID-19 continues to force school divisions to make changes in how they deliver education. On Saturday and Sunday, multiple schools in different divisions announced changes...

New Brunswick reported 14 new cases of COVID-19 on Sunday, which brings the total number of active cases in the province to 119. According to...

As Alberta reported a record-high 1,731 new cases of COVID-19 Saturday, approximately 1,000 people gathered in front of Calgary City Hall for a protest...

There are 365 new cases of COVID-19 in Manitoba and 11 more people have died from the illness, the province says in a news...

Coronavirus Canada updates: Another 100+ increase in daily cases for Ontario,...