Two people died and at least eight people were missing in France and Italy after a storm hit border regions of the two countries, bringing record rainfall in places and causing heavy flooding that swept away roads and damagedhomes, authorities said on Saturday.

The storm, dubbed Alex, ravaged several villages around the city of Nice on the French Riviera. Nice Mayor Christian Estrosi called it the worst flooding disaster in the area for more than a century after flying over the worst-hit area by helicopter.

“The roads and about 100 houses were swept away or partially destroyed,” he told French news channel BFM.

“I have been particularly shocked by what I saw today,” French Prime Minister Jean Castex told a news conference after visiting affected areas, adding he was concerned that the death toll could rise.

At least eight people were missing in France, authorities said. These included two firemen whose vehicle was carried away by a swollen river, according to local witnesses cited by several French media.

Television images from both countries showed several roads and bridges had been swept away by floodwater and numerous rivers were reported to have burst their banks.

In Italy, at least two people died — one a fireman hit by a falling tree and another a man in his 30s whose car was swept into a river after a road subsided, local authorities said.

As night fell, one Italian was still unaccounted for while a further 16 people earlier feared missing, including a group of six German trekkers, had all been found safe.

Officials in the Piedmont region reported a record 630 mm (24.8 inches) of rain in just 24 hours in Sambughetto, close to the border with Switzerland. The Piedmont regional chief Alberto Cirio called on the government to declare a state of emergency.

Eric Ciotti, a member of the French parliament who is from one of the worst affected villages in the area, Saint-Martin-Vésubie, said several villages were cut off as they are located in steep-sided valleys of the mountainous region.

Meteo France said that rainfall of 500 mm (19.69 inches) of rain was registered over 24 hours in Saint-Martin-Vésubie and close to 400 mm in several other towns – the equivalent of more than three months of rain at this time of the year.

There was more rainfall than on Oct. 3, 2015, when floods caused the death of 20 people in and around the French Riviera city of Cannes, Jérémy Crunchant, the director of civil protection, told France Info.

In Venice, a long-delayed flood barrier system successfully protected the lagoon city from a high tide for the first time on Saturday, bringing big relief following years of repeated inundations. 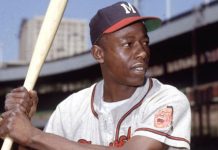 Hank Aaron: How Much Was The Famous Baseball legend Worth? 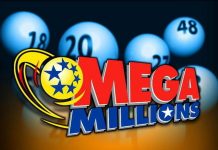 What was the mega million numbers last night? $1 billion winner sold in Michigan 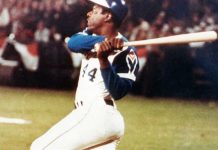 COVID-19 in Canada: Fifth life lost amid outbreak at Simcoe Manor in Beeton 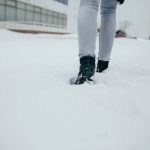 Calgary police are searching for a suspect who they believe is responsible for at least 15 groping attacks on women since last November. Officials say... 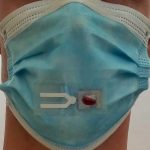 Researchers at UC San Diego are experimenting with new wearable test strips that change color if they detect the SARS-CoV-2 virus in a person’s... 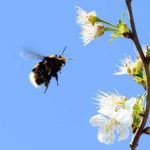 Bumble bees and other pollinators suffer disrupted sleep patterns if they come into contact with a controversial class of pesticides – an effect which... 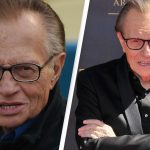 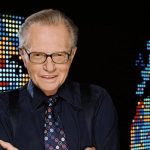 Larry King, the veteran broadcaster and TV personality who was a fixture on the air for decades, has died. King's passing was announced in a...

Romney not welcome at CPAC after impeachment witness vote, Report