A team of scientists from the NASA-funded Catalina Sky Survey near Tucson, Arizona think there may be a small asteroid captured in Earth orbit, reports CNET. Confirmation came from The International Astronomical Union’s Minor Planet Center (MPC), who declared on Tuesday that our planet has a new “temporary captured object.”

A member of the team, Wierzchos, followed-up on the discovery with a tweet, in which he says that the comet entered Earth’s orbit roughly three years ago. It is very small, with a diameter between 1.9 and 3.5 meters (6.2 and 11.5 feet). It may be tiny, but “it’s a big deal as out of ~ 1 million known asteroids, this is just the second asteroid known to orbit Earth,” tweeted Wierzchos.

The first asteroid found circling round our planet was RH120, discovered in 2006 by the same Catalina Sky Survey that discovered the temporary second Moon.

Now, it’s a race for astronomers to find more information on the latest greatest rock in space.

“Further observations and dynamical studies are strongly encouraged,” said the MPC in the announcement.

Like the MPC says, no further updates are available, but be sure to check here for updates on Earth’s first-ever second Moon. 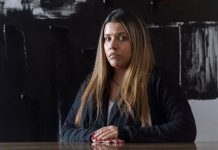 Johnson and Johnson to pay $140m over baby powder lawsuits

Coronavirus Canada Updates: Quebec records its second most ever daily cases with 1,107

Strawberries recalled over hepatitis A contamination