Five years after police brought her son and stepson home in handcuffs after they were spotted jaywalking, Dominique Jacobs is still seeking justice.

Jacobs won a partial victory last month when the Quebec Human Rights and Youth Rights Commission asked the city of Longueuil and its police force to pay a total of $86,000 in damages to Jacobs, her former partner Shane James and their sons, ruling that they were victims of racial profiling.

The incident began in the fall of 2013 when Terell Jacobs and Nathan Picard were walking home from a bus station in Brossard after a night out in Montreal.

The youths say a police officer drove up beside them and said: “Ça va?” Picard, who was 19 at the time and is not from Quebec, responded that he was walking home.

As the youths crossed the street away from an intersection, two officers pulled up in front of them and blocked their path.

After asking Picard for identification, his family says he was thrown up against the police car, punched in the back and handcuffed.

Terell Jacobs, who was 17, said he was also handcuffed and threatened with pepper spray when he asked what was going on.

Dominique Jacobs said she was asleep at 1:30 a.m. when she heard the doorbell ring at her home in Brossard.

When Dominique Jacobs told Massicotte he had no right to search the house, she says he told her to: “Calm the f–k down.”

“He was very aggressive and disrespectful,” she said during a press conference in Montreal on Sunday.

When she handed Massicotte a pen and paper and demanded that he write down the officers’ names and badge numbers, she said he responded: “Shut the f–k up, I’m writing it.”

After the officers left, the youths told Jacobs they were the only black teens near the bus station wearing hoodies and carrying backpacks.

He said the officers should have never entered the family’s home without permission.

“These officers racially profiled these black youths, using jaywalking as a pretext to intercept them,” he said.

During its decision last month, the rights commission also asked the city of Longueuil to take steps to deal with racial profiling by police officers.

It wants the force to collect and publish data based on the racial origins of all individuals involved in police interactions. It also wants the force to adopt measures to detect signs of racial profiling among officers, to promote internships and activities in racially diverse settings, and to update its action plan against racism and discrimination.

Jacobs said she hopes the commission’s recommendations will lead to changes in how some police officers deal with members of the black community.

In a letter sent to the rights commission last spring, in another racial profiling case, the city of Longueuil said that all of its police officers had received training on racial profiling between 2012 and 2015

Dominique Jacobs said she was outraged at how rude the officers were to her and her former partner.

“They were laughing at him and mocking him,” she said. “There were so many officers outside, it looked like a crime scene.” 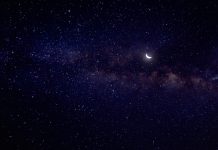 Fifth state of matter created on the space station (ISS)