A study published in the journal Nutrients has discovered a confirmed link between a healthy diet and the prevention of prostate cancer. The research team utilized data from a study carried out between 2005 and 2012 in Montreal.

Marie-Élise Parent, co-author of the study explained in a statement, “For a long time we’ve suspected that diet might play a role in the development of prostate cancer, but it was very hard to pinpoint the specific factors at play. This study is significant because it looks at dietary habits as a whole. We’ve uncovered evidence that, we hope, can be used to develop prevention strategies for prostate cancer, the most common cancer among men in Canada and many other countries.”

The salty Western diet with alcohol includes more meat and beverages such as beer and wine. The third profile is rich in pasta, pizza, desserts, and sugary carbonated drinks. The study took age, ethnicity, education, family history, and date of last prostate cancer screening into account.

Moving away from the typical approach used in epidemiological studies, which involves looking at one nutrient or food group at a time, the researchers collected data from a broader dietary profile. “It’s not easy to isolate the effect of a single nutrient,” explained Ms. Trudeau. “For example, foods rich in vitamin C, such as citrus fruits, promote iron absorption.

Calcium is often found in dairy products, which also contain vitamin D. Our more targeted approach takes this synergy into account to produce more meaningful results that public health authorities can use to formulate recommendations. Rather than counting on one miracle food, people should look at their overall diet.” 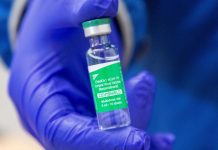 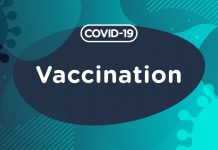 Clicsante Covid Vaccine 45+: How to make an appointment to get vaccinated against COVID-19

Mega Millions Winning Numbers: When and how to find out if you’ve won

A third person has died this week as a result of COVID-19 at a special care home in Grand Falls, N.B. The province announced the...

Coronavirus: Alberta to begin booking COVID-19 vaccines for people ages 12+ by May 10

Alberta Premier Jason Kenney announced on Wednesday that the province’s vaccine rollout will expand to include anyone over the age of 12 years old...

Two more Manitobans with COVID-19 have died, and health officials say one of the victims had been infected with the B.1.1.7 variant of concern,...

Chelsea Handler Celebrates 46 Skiing Down The Slopes In Her Birthday...

OPP Issue Warning About Idling In Your Car For Too Long...

Coronavirus: Alberta to begin booking COVID-19 vaccines for people ages 12+ by May 10