With issues on previous gen consoles, two significant downloads will arrive in the coming months.

It’s no secret the PS4 and Xbox One versions of Cyberpunk 2077 haven’t been a hit due to poor graphics.

CD Projekt Red have now admitted the issues, and have stated what the plans for improvement are heading into the new year.

In a shared post, CD Projekt Red have issued an apology for the performance of the game on PS4 and Xbox One.

They then reveal a number of new updates are on the way not only to fix various game bugs but also to bring those versions closer to the optimal experience.

A small update will be released within the next seven days, which probably corresponds to Patch 1.05.

Patch 1.04 was released a couple of days ago (after three patches within 24 hours of release) and it introduced a couple of fixes to various campaign missions.

Larger updates will on there way in 2021, however, with Patch #1 arriving in January followed by Patch #2 in February.

Samsung Galaxy A52 5G And A72 Announced With Quad Camera System, Report

Xbox Series X restock: our console tracker – here’s how to get it this week (Update) 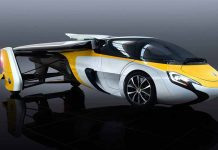 Coronavirus Canada Updates: Most Canadians could be vaccinated by end of 2021

Canadian Radio-television and Telecommunications Commission (CRTC) The CRTC today announced that certain telecommunications providers will be able to access the wireless networks of Canada’s dominant...

The next month will see a significant jump in vaccine deliveries to Canada, according to federal officials who provided on Thursday an update on...

B.C.'s top health officials will give a COVID-19 update Thursday, revealing how many more people have tested positive for the disease in the province. Dr....

Yesterday's news from the provincial government about COVID-19 was a welcome change of pace from the days prior with fewer cases, an elevated number...

New Brunswick reported eight new cases of COVID-19 on Thursday and said a section of Zone 4 (Edmundston region) is moving to the orange...