Abbotsford police have issued a public warning about an unusually toxic batch of drugs on the street.

In a Friday bulletin, the department said it was concerned about a possible spike in overdose deaths, amid street drugs that are almost four times as toxic as usual.

“We do not have the exact numbers of overdoses and deaths, but what our officers and street workers have been seeing is alarming,” said Insp. Tom Chesley.

“We do not want to wait for specific statistics to confirm our suspicions.”

Police say they’ve seen the toxic drugs having a disproportionate impact on people in their 20s, but are warning all drug users.

The force is appealing to people to not use drugs alone, and if they are going to use, to visit one of Abbotsford’s overdose prevention sites.

The warning comes as B.C. grapples with soaring overdose deaths amid the COVID-19 pandemic.

On Thursday, Victoria police announced they had seized a kilogram of fentanyl so pure it could have produced nearly a half-million deadly doses.

B.C. high court finds in favour of large landowner in fight over access to lakes, Report

Send this kitty back to coach. An outbound plane from Khartoum, Sudan, to Qatar, had to turn around to its departure point after a grumpy...

The first one-shot COVID-19 vaccine from Johnson & Johnson has been authorized by Health Canada, making it the fourth vaccine that can be administered... 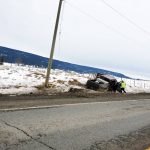 B.C. high court finds in favour of large landowner in fight over access to...

British Columbia’s highest court has sided with the largest private landowner in the province in a dispute over public access to public land. In a... 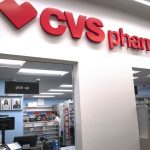 CVS Covid Vaccine Appointment: Where, how, and when can I get vaccinated?

CVS has quickly become one of the largest providers of COVID-19 vaccines in Massachusetts. The pharmacy chain, which began offering the vaccine in February, has...

Prime Minister Justin Trudeau said today he still has confidence in his defence minister despite the ongoing sexual misconduct scandal in the Canadian military...

2020 in a dead heat for world’s warmest year, Report

B.C. high court finds in favour of large landowner in fight over access to...