The Ford government on Wednesday approved the highest rent increases in almost a decade.

Rents in 2023 will be capped at a maximum 2.5 per cent, more than double the 2022 increase but the province says its lower than it could have been given current inflation rates.

However, the cap does not apply to rental units occupied for the first time after Nov. 15, 2018, vacant residential units, community housing, long-term care homes or commercial properties.

The rent increase guideline is the maximum amount a landlord can increase rent during the year for most tenants without the approval of the Landlord and Tenant Board.

The guideline is based on Ontario’s Consumer Price Index, which is a measure of inflation calculated monthly by Statistics Canada using data that reflects economic conditions over the past year. Using the current calculation, increases would likely have been set at 5.3 per cent but the government says it has capped rent hikes to under three per cent “to help protect tenants from significant rent increases.”

“I talk to tenants all the time in my riding. They are not getting pay increases. They’re not getting two and a half per cent,” he said while speaking to reporters at Queen’s Park.

NDP MPP Jessica Bell – who was the party’s critic on housing, tenant rights and urban planning prior to the election – says Wednesday’s decision simply piles more costs on people already hurting from the high cost of living.

“It’s got to stop. We need a premier focused on making housing affordable, not a premier taking more money away from people.”

“We continue to look for ways to make homes more attainable for hardworking Ontarians, while making it easier to build more houses and rental units to address the ongoing supply crisis,” said Steve Clark, Minister of Municipal Affairs and Housing, in a statement.

Tenants must be given at least 90 days written notice from landlords seeking a rent increase and at least 12 months must have passed since the first day of the tenancy or the last rent increase.

Under certain circumstances, such as after eligible capital work has been paid for and finished, landlords can apply increases above the guideline.

Tenants who feel they have received an improper rent increase can take the matter to the Landlord and Tenant Board. 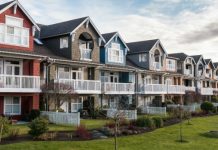 40 percent Of Hawaii’s Beaches Could Disappear By 2050, says new research

Coronavirus Canada updates: Saskatchewan has its fewest active cases in over...

Canadian astronaut will fly around the moon, Report