The gunman who shot and killed 29-year-old Douglas County sheriff’s deputy Zackari Parrish recorded a 911 call he placed to dispatchers and livestreamed the moments he opened fire.

In the video, which was posted to the streaming service Periscope by gunman Matthew Riehl, the shooter can be heard shouting to officers through a door, “Go away. Don’t come in. I’ve warned you.”

He then shouts for the deputies to identify themselves.

In the video, only audio can be heard as Riehl asks, “What’s your name?” before multiple rounds of gunshots break out.

The sound of the smoke alarm, likely triggered by the spray of gunfire, begins to sound. Riehl then yells at the deputies, “Get the (expletive) out of here. Get out, leave me alone.”

As the alarm continues to beep, Riehl shouts to the deputies, “Why are you here without a warrant?”

He then loudly tells deputies, “Go away, go. Leave me alone. Go, get out,” before the sound of gunshots resume.

Riehl’s roommate had given deputies the keys to the apartment but was not present when Riehl opened the door.

He then repeats the same phrase multiple times before shouting, “Why? Why? Leave me alone.”

The audio ends with only the sound of the smoke alarm. The shots left Parrish, the father of two young children, dead and wounded three other deputies.

Riehl had multiple other videos posted online, many of which ranted about law enforcement, including calling Lone Tree officers “Nazis,” taunting Douglas County Sheriff Tony Spurlock as a “clown” and complaining about serial harassment by law enforcement.

Riehl’s anger was apparently sparked when he was pulled over for a traffic infraction on Nov. 17.

In addition to rants against local law enforcement, Riehl also targeted his anger toward professors at the University of Wyoming, where he earned a law degree in 2010.

Administrators with the school found Riehl’s comments so threatening that campus police emailed Riehl’s picture and a photo of his car with the message: “Students are also asked to immediately notify UWPD if they observe the former student or his red Ford Foxbody Mustang with Colorado plates.”

Riehl is not recorded as having an active practicing attorney license. He was killed in a shootout with SWAT officers. 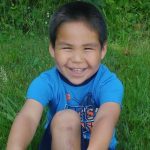 Police say the mother of a six-year-old Port Alberni boy found dead in 2018 is one of the two people charged with his first-degree...