The Italian Coast Guard said Thursday a young whale led them to recover the carcass of a huge fin whale, one of the largest species found in the Mediterranean Sea, off southern port city of Sorrento.

In a release, the coast guard said they discovered the carcass Sunday after being alerted to a young whale apparently in distress. After following the whale, coast guard divers discovered the submerged carcass of what they determined was an adult fin whale.

The coast guard said once the carcass surfaced, it took two patrol boats several hours to secure it and then, hampered by rough sea conditions, at least two days to tow the dead animal it into the port of Naples.

Biologists will study the animal remains to determine the cause of death. Officials are considering putting the whale’s skeleton on display in a museum. Meanwhile, the coast guard says it will keep a watch out for the younger whale to monitor its condition.

After the blue whale, fin whales are the next largest species of great whale, growing to more than 24 meters in length and weighing as much as 72 metric tons.

UK: More than 500 people admitted to hospital with coronavirus after getting vaccinated

Shopify Climbs as Post-Virus Return to Stores May Not Matter, Report

Off duty officer dies after incident in Nelson, BC 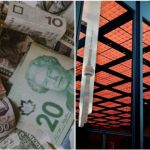 Have you ever wished that a distant relative would leave you a boatload of money so you could become rich without lifting a finger?...

Another 91 positive cases of COVID-19 were reported in the Waterloo Region Wednesday, more than double the number reported yesterday. The latest cases bring the... 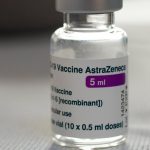 The province is pausing administration of first doses of the AstraZeneca vaccine for most Manitobans in light of supply issues and recent news about...