Home Canada Coronavirus Canada updates: Ontario gets back on track with testing, below 400-case...

It marks a slight decrease compared to the last two days, when the province recorded at least 400 cases. Before that two-day stretch, Ontario had stayed below the 400-case benchmark on six straight occasions.

The 338 new patients were identified after 17,537 tests were completed. Before Wednesday, the province had not hit its goal of 16,000 tests for two straight days.

Nineteen more people have died after contracting the respiratory virus since Tuesday’s report, increasing the death toll to 2,312.

According to the Ministry of Long-Term Care, there are 94 outbreaks in facilities across the province (down by 11), where there are 986 active cases among residents (down by 95) and 866 among staff (down by 59). Since the start of the pandemic, there have been 1,661 residents (up by nine) and seven staff who have passed away after contracting COVID-19. 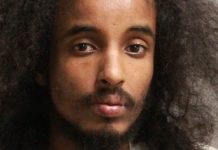 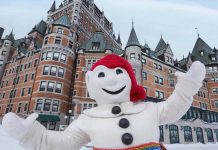 Coronavirus Canada: Despite pandemic and curfew, Quebec City’s Winter Carnival will carry on

US Election Final Results 2020 LIVE: Biden on the brink of White House win

Bugatti’s New Hypercar Concept Is a Rocket With 1,825 Horsepower, Report

A study team from the Institut national de la recherche scientifique (INRS) has developed a process for the electrolytic treatment of wastewater that degrades...

The Argentine had played more than 750 games for the club before he was finally dismissed - but it's not the first red card...

Box office superstar Dwayne Johnson has gifted us with the first trailer for his new NBC comedy Young Rock. We first learned about Young...

Toronto police say they are looking for a suspect after an American man died following a stabbing in Toronto’s east end. Police and paramedics were...

Researchers have identified the traits that may make a person more likely to claim they hear the voices of the dead. According to new study,...

Neanderthal ‘skeleton’ is first found in a decade (Study)