Coca-Cola has come under fire from conservative critics, who have accused the drinks brand of reverse racism, after it used a training video that encouraged staff to “try to be less white”.

The content of a training session was leaked by a Coca-Cola employee who sent pictures of slides asking white people to be “less ignorant,” and “less oppressive”.

The training session was in association with Robin DiAngelo, author of White Fragility: Why It’s So Hard for White People to Talk About Racism, and was sent to staff to help build an “inclusive workplace”.

DiAngelo has done diversity training for businesses for more than 20 years and previously said she has experienced hostility from white people when talking about race during her training. Her White Fragility book discusses the response white people have when their skin tone is mentioned. She argues that ‘wokeness’ also doesn’t deal with the problem of race, as it helps to avoid questioning one’s own unconscious racist bias.

One slide in her training session sent to Coca-Cola employees outlined that “to be less white” is to be less “arrogant”, “certain” and “defensive”.

Another slide expressed the idea that in order to confront racism you first have to understand what it means to be white.

“Research shows that by age 3 to 4, children understand that it is better to be white,” read another slide.

Wut…. this seems like blatant racial discrimination to this employment lawyer. https://t.co/IEmpycTP6P

“It doesn’t get much more racist than this”, commented Arizona’s Republican 2022 Republican Congress candidate Josh Barnett on the post.

Conservative commentator Candace Owens added: “If a corporate company sent around a training kit instructing black people how to ‘be less black’, the world would implode and lawsuits would follow.”

If a corporate company sent around a training kit instructing black people how to “be less black”, the world would implode and lawsuits would follow.

I genuinely hope these employees sue @CocaCola for blatant racism and discrimination. https://t.co/07OPZouEcV 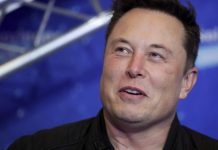 Daylight saving time 2020: When do the clocks go back in Ontario?

Coronavirus Canada Updates: Quebec sees another 1000-plus increase to its case total

Your Money: Get ready for a flood of difficult divorces in...