Through first-of-their-kind supercomputer simulations, researchers, including a Northwestern University professor, have gained new insight into one of the most mysterious phenomena in modern astronomy: the behavior of relativistic jets that shoot from black holes, extending outward across millions of light years.

Advanced simulations created with one of the world’s most powerful supercomputers show the jets’ streams gradually change direction in the sky, or precess, as a result of space-time being dragged into the rotation of the black hole. This behavior aligns with Albert Einstein’s predictions about extreme gravity near rotating black holes, published in his famous theory of general relativity.

“Understanding how rotating black holes drag the space-time around them and how this process affects what we see through the telescopes remains a crucial, difficult-to-crack puzzle,” said Alexander Tchekhovskoy, assistant professor of physics and astronomy at Northwestern’s Weinberg College of Arts and Sciences. “Fortunately, the breakthroughs in code development and leaps in supercomputer architecture are bringing us ever closer to finding the answers.”

The study, published in the Monthly Notices of the Royal Astronomical Society, is a collaboration between Tchekhovskoy, Matthew Liska and Casper Hesp. Liska and Hesp are the study’s lead authors and graduate students at The University of Amsterdam, Netherlands.

Rapidly spinning black holes not only engulf matter but also emit energy in the form of relativistic jets. Similar to how water in a bathtub forms a whirlpool as it goes down a drain, the gas and magnetic fields that feed a supermassive black hole swirl to form a rotating disk — a tangled spaghetti of magnetic field lines mixed into a broth of hot gas. As the black hole consumes this astrophysical soup, it gobbles up the broth but leaves the magnetic spaghetti dangling out of its mouth. This makes the black hole into a kind of launching pad from which energy, in the form of relativistic jets, shoots from the web of twisted magnetic spaghetti.

The jets emitted by black holes are easier to study than the black holes themselves because the jets are so large. This study enables astronomers to understand how quickly the jet direction is changing, which reveals information about the black hole spin as well as the orientation and size of the rotating disk and other difficult-to-measure properties of black hole accretion.

Whereas nearly all previous simulations considered aligned disks, in reality, most galaxies’ central supermassive black holes are thought to harbor tilted disks — meaning the disk rotates around a separate axis than the black hole itself. This study confirms that if tilted, disks change direction relative to the black hole, precessing around like a spinning top. For the first time, the simulations showed that such tilted disks lead to precessing jets that periodically change their direction in the sky.

An important reason precessing jets were not discovered earlier is that 3-D simulations of the region surrounding a rapidly spinning black hole require an enormous amount of computational power. To address this issue, the researchers constructed the first black hole simulation code accelerated by graphical processing units (GPUs). A National Science Foundation grant enabled them to carry out the simulations on Blue Waters, one of the largest supercomputers in the world, located at the University of Illinois.

The confluence of the fast code, which efficiently uses a cutting-edge GPU architecture, and the Blue Waters supercomputer allowed the team to carry out simulations with the highest resolution ever achieved – up to a billion computational cells.

“The high resolution allowed us, for the first time, to ensure that small-scale turbulent disk motions are accurately captured in our models,” Tchekhovskoy said. “To our surprise, these motions turned out to be so strong that they caused the disk to fatten up and the disk precession to stop. This suggests that precession can come about in bursts.”

Because accretion onto black holes is a highly complex system akin to a hurricane, but located so far away we cannot discern many details, simulations offer a powerful way of making sense of telescope observations and understanding the behavior of black holes.

The simulation results are important for further studies involving rotating black holes, which are currently being conducted all over the world. Through these efforts, astronomers are attempting to understand recently discovered phenomena such as the first detections of gravitational waves from neutron star collisions and the accompanying electromagnetic fireworks as well as regular stars being engulfed by supermassive black holes.

The calculations also are being applied to interpreting the observations of the Event Horizon Telescope (EHT), which captured the first recordings of the supermassive black hole shadow in the center of the Milky Way.

Additionally, the jets’ precession could explain fluctuations in the intensity of light coming from around black holes, called quasi-periodic oscillations (QPOs). Such oscillations can occur similarly to the way in which the rotating beam of a lighthouse increases in intensity as it passes by an observer. QPOs were first discovered near black holes (as X-rays) in 1985 by Michiel van der Klis (University of Amsterdam), who is a co-author of the new article. 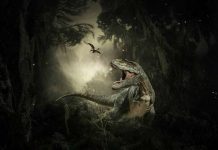 Federal tax changes for 2019: some good, some not so good

Manitoba reported four more deaths due to COVID-19 and 90 new cases on Saturday, the most deaths reported since mid-February. The deaths were two women...

Ottawa Public Health reported 62 new cases Saturday. There were no new deaths and the city’s death toll remains 439. There have been 14,650 cases...

One year to the day after Quebec recorded its first confirmed case of COVID-19, the province reported 858 new COVID-19 cases on Saturday. A total...