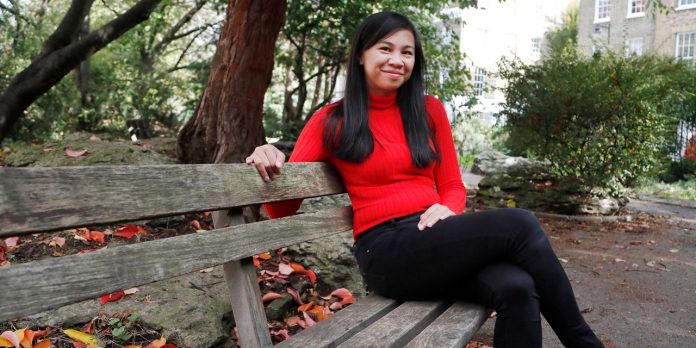 LONDON—U.K. researchers plan to start infecting healthy volunteers with tightly controlled doses of the coronavirus in early 2021 in what they called a first-of-its-kind effort to more rapidly gauge the effectiveness of multiple vaccines against Covid-19.

The plans for so-called human-challenge trials target 18- to 30-year-olds who have been free of Covid-19 symptoms and show no other risk factors such as heart disease or diabetes, said the researchers, led by infectious-disease experts at Imperial College London, who are overseeing the effort.

The goal is to test how effective vaccines are in warding off infection and symptoms and to study in detail how participants’ immune systems respond. Plans are to start at a clinical site at London’s Royal Free Hospital, part of the state-funded National Health Service, and eventually expand the study to other sites nationwide, researchers said.

Scientists around the globe for months have debated whether deliberately infecting healthy people with the virus that causes Covid-19 is too high risk and therefore unethical.

The debate over inoculating humans with live, potent viruses has gone on for centuries. In a now-famous experiment in the late 1700s, British doctor Edward Jenner injected a child with the smallpox virus, then recorded details of the boy’s reaction.

The U.K. researchers said Tuesday that independent ethics and health committees will first have to approve the study before volunteers are enrolled, and they will closely monitor every phase, from participant screening to injection, isolation and follow-up.

Initially, trial subjects will be quarantined and compensated for an expected period of two to 2½ weeks, the group of researchers said. Scientists plan to expose the volunteers initially with the smallest dose possible until they find a level that reliably causes infection. The virus will be injected as droplets through the nose.

That first phase of the study doesn’t involve a vaccine, scientists said. After the researchers better understand infection levels and participant responses, they will integrate vaccines to measure their effectiveness when volunteers encounter the virus.

Backers of challenge trials say they are necessary in the pandemic to expedite approval and fine-tuning of vaccines and for better understanding of the disease. Vaccines normally can take eight to 10 years to develop. Covid-19 has spurred accelerated research and testing of experimental vaccines in a fraction of that time in bids to save lives and jump-start economies. Leading Covid-19 vaccine candidates have progressed into late-stage testing and could be available, if granted emergency authorization, as early as December, companies developing them have said.

Researchers in the planned U.K. challenge trials said they haven’t identified which vaccine candidates they will use, and said the challenge study doesn’t replace conventional vaccine clinical trials, which rely on participants to be naturally exposed to the virus.

During the challenge trials, treatments, which will initially include the antiviral drug remdesivir, will be at the ready and administered most likely before the volunteers even show symptoms, in an effort to limit the risk of severe disease, Dr. Chris Chiu, the study’s lead researcher from Imperial College, said in a media briefing Tuesday.

A recent multicountry study funded by the World Health Organization found the drug didn’t reduce the number of deaths from Covid-19 in hospitalized patients.

But Dr. Chiu said the researchers believe the pre-symptomatic status of the challenge-study volunteers, together with their youth and strong physical condition, will make remdesivir a good “pre-emptive treatment.”

The U.K. government said it has agreed to provide 33.6 million pounds, equivalent to $43.5 million, in funding, and is aiming to begin testing in January, with results possible by May 2021.

The leading Covid-19 vaccines in development include one manufactured by Cambridge, Mass.,-based Moderna Inc. and another co-developed by Pfizer Inc. and BioNTech SE. Large U.S. trials for two other leading Covid-19 vaccines, from Johnson & Johnson and AstraZeneca PLC—the latter working in partnership with the University of Oxford—have been paused while the companies and independent panels investigate unexplained illnesses among study subjects.

Scientists and U.K. government officials expect that Oxford-sponsored late-stage trials of its vaccine candidate—which was temporarily paused but has since resumed—could show results by the end of this year. If so, Oxford and AstraZeneca could seek emergency authorization for the shot through U.K. or European authorities.

The Imperial College researchers and their partners said they have seen a large influx of volunteers for the challenge trials. Because participants will be in peak physical condition, many are expected to become infected with the coronavirus but show mild symptoms, or none at all.

The scientists said the hope is to focus first on the healthiest segments of the population, expecting that their responses will guide researchers to the best vaccines and treatments for more-vulnerable groups.

GLOW cancelled by Netflix as fourth and final season gets axed, Report

Coronavirus: Fraser Health’s COVID-19 reproductive rate goes over one and into the danger zone

The Netherlands will ban many flights and impose a nationwide curfew,...

Coronavirus: Updates from the rest of Canada’s jurisdictions