Democratic presidential nominee Joe Biden on Wednesday asserted that he’s on track to “win this election” as all eyes are on the outcome in Midwestern battleground states. “Keep the faith guys. We are going to win this (election),” 77-year-old Biden told a crowd in his hometown of Delaware. When last reports came in Biden had received 237 electoral college votes as against 213 of incumbent President Donald Trump of the Republican Party.

“We knew this was gonna go long. But who knew we were gonna go into tomorrow morning maybe even longer. But look we feel good about where we are. We really do. I’m here to tell you tonight we believe we’re on track to win this election,” Biden said in a speech in the wee hours of Wednesday.

– Share markets were whipsawed, while bonds and the dollar rose on Wednesday as results from the U.S. presidential election proved far closer than polls had predicted, potentially leaving the outcome in doubt for days to come.

Democratic contender Joe Biden took to the air to declare he was still optimistic about winning and called for all votes to be counted, no matter how long it took.

President Donald Trump responded saying that he had won, that “they” were trying to steal the election, without providing evidence, and that he would go the U.S. Supreme Court to fight for the win if needed.

Woman Has to Undergo a Liver Transplant After Nose Piercing Leads to Life-Threatening Condition, Report 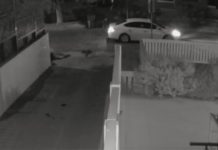 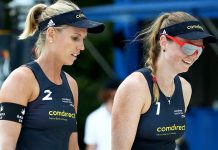 A dangerous offender who removed his monitoring bracelet and may be armed could be en route to Saskatchewan, the Edmonton Police Service says. Clint Carifelle,...

Coronavirus Canada Updates: AHS says everyone booked for a COVID vaccine will get one...

Alberta Health Services says everyone that has booked a COVID-19 immunization will get one despite long lineups happening at clinics throughout the province. “We understand...

Ontario is reporting 1,258 new coronavirus cases on Friday, bringing the provincial total to 298,569. Friday’s case count is higher than Thursday’s which saw 1,138...

Coronavirus Canada Updates: No COVID-19 deaths reported in Quebec over the past 24 hours

Zero COVID-19-related deaths have been reported over the past 24 hours in Quebec. The Ministère de la Santé et des Services sociaux has added 11...

Scientists discover huge exoplanet has the density of cotton candy

Coronavirus Canada Updates: AHS says everyone booked for a COVID vaccine will get one...