Polls begin closing in the United States at 18:00 Eastern Standard Time (23:00 GMT) and poll closing times vary by state. Results in each state will not begin coming in until polls close in each particular state.

When will we know who will be called as America’s next president?

The earliest we could know whether a presidential candidate is projected to have won 270 electoral votes, the number of electoral votes needed for victory, is likely to be 23:00 EST (04:00 GMT). That is when polls close in California, which has the most electoral votes of any state – 55 – and that could put a candidate over the 270 threshold.

However, 23:00 EST is considered early, at least in recent history. Of the past five presidential elections, only 2008 was called at that time, when California’s projected win for Barack Obama put him past the 270 electoral vote threshold. In 2012 and 2016, the winners were projected in the overnight EST hours.

Twice in the past five elections, projections of winners were not even made on election night. In 2004, George W Bush was not called the winner until midday the day after the election.

And in 2000, the media outlets making projections erroneously called Florida for Al Gore before rescinding that projection. The close nature of the results of that race led to neither Gore nor George W Bush having enough electoral votes without Florida’s results, leading to weeks of recounts and legal battles. Florida was not called until December 12, when the US Supreme Court ordered the state’s recount halted. Bush had a 537-vote lead at that point and was declared the winner, delivering him the state’s electoral votes and an Electoral College victory.

Why does it take so long to project a winner?

It is worth noting that the process of “calling” winners and losers in each state is not necessarily based on exact vote tallies but is based on projections made by analysts who look at polling and how vote counts are shaping up in key precincts or counties.

If it is a state where one candidate is expected to win from the get-go – and potentially 30 states fall into that category this year – then those states can be projected as soon as polls close or shortly thereafter.

If it is a closely-contested state or it is not obvious who the winner is at a state’s poll closing time, then projections of winners will be delayed as analysts watch the vote tallies come in. The closer the count – or any vote-counting problems – can slow down the timing of a projection.

So, who is making these projections?

The US media. US media outlets have a long history of trying to speed up the process of informing Americans of the winners and losers of presidential races, and it has not always run smoothly.

In addition to the 2000 election projection problem, there were some other infamous incorrect projections. In 1916, the New York Times prematurely and erroneously declared Charles Evans Hughes the winner over Woodrow Wilson. In 1948, election analysts at the Chicago Daily Tribune famously – and incorrectly – concluded that Thomas Dewey defeated Harry Truman. 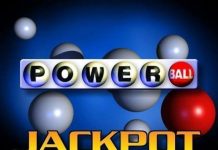 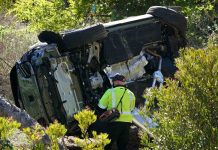 Column: Tiger Woods survives but his career might not, Report 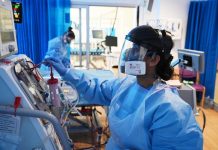 Woman with Covid should be allowed to die weeks after giving birth, judge rules (Report)

Researchers thrilled as woman finds 14 worms in her eye (Picture)

A Burns Lake man is turning heads after taking a lynx by the scruff after it broke in and attacked his chicken coop. In a...