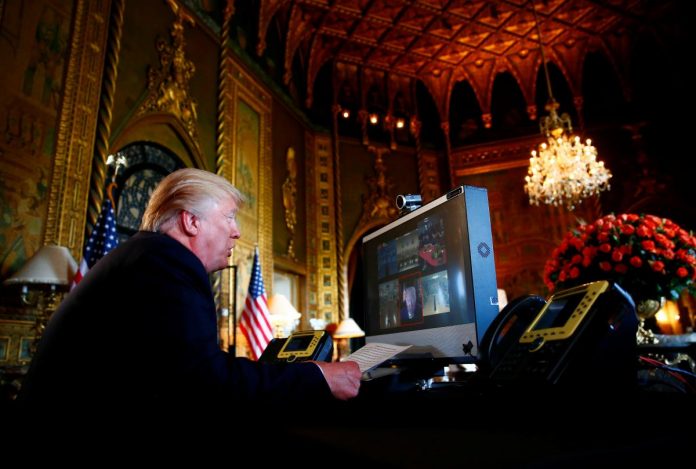 WASHINGTON (Reuters) – Wealthy business owners, such as President Donald Trump, stand to gain from a provision in the Republican tax bill that creates a valuable deduction for owners of pass-through businesses, Democrats and some tax experts say.

The provision creates a 20-percent business income deduction, with some limits, for sole proprietors and owners in partnerships and other non-corporate enterprises.

It was initially sold by Republicans as a way to help small businesses and create jobs. But the final formula for determining what types of businesses can benefit has widened to take in companies with few, if any, workers, critics said.

“The president will try to tell the American people that his great political victory is a win for working people, but they see all the benefits going to his type of businesses: real estate pass-throughs,” Democratic Senator Jack Reed said on the Senate floor.

Trump, a real estate developer, wants to sign the Republican tax bill into law this week, which would give Republicans their first major legislative victory of 2017. The House of Representatives and Senate were hurrying toward passage of the bill on Tuesday, with a final House vote set for Wednesday.

Pass-through businesses’ profits “pass through” their books directly to owners, unlike corporations, which parcel out profits through dividends to stockholders.

To address the disparity, Republicans included tax relief for pass-through owners in their bill, allowing them to deduct 20 percent of their pass-through business income.

Republicans put in anti-abuse measures to ensure owners of bona fide business operations claim the 20 percent deduction and prevent high earners from seeking to recategorize their income as pass-through income to take advantage of the deduction.

Republicans also capped the income eligible for the full 20-percent deduction at $315,000 for married couples and $157,500 for individuals. But they included a “capital element” in the formula for determining eligibility beyond those thresholds, presenting a lucrative tax break for some, including wealthy owners of commercial property, said tax experts.

“This seems ideally suited for commercial property businesses, where there aren’t a lot of workers, but there is a lot of valuable property around,” said Steven Rosenthal, senior fellow at the nonpartisan Tax Policy Center, a think tank.

Income above the pass-through caps can be eligible for the 20-percent deduction based on a formula: 50 percent of employee wages paid; or 25 percent of wages plus 2.5 percent of the value of qualified property at purchase, whichever is greater.

“The idea is to use the sum of the ‘2.5 percent rule’ plus 25 percent of wages … to get the full 20-percent deduction” on more income, said New York University School of Law Professor Daniel Shaviro, a tax law specialist, in an email.

An assessment of the Republican bill by 13 tax experts, mostly academics, said the formula would “expand the ability of highly paid owners in certain industries – and particularly those heavy in property but light in employees, like real estate – to qualify for the pass-through deduction.”

Report: Is Moderna Stock a Buy or Sell After Johnson & Johnson’s Vaccine News?