American Airlines (AAL) – American’s stock is surging more than 40% in premarket trading after a better-than-expected fourth quarter. The airline lost $3.86 per share, less than the anticipated loss of $4.11, and revenue came in above analyst forecasts. American did post an $8.9 billion annual loss for 2020 as the pandemic severely cut travel demand.

GameStop (GME) – GameStop is climbing again in premarket trading, up more than 30% after its shares more than doubled yesterday, as the battle between retail investors and short-sellers continues. As of yesterday’s close, the videogame retailer’s stock was up more than 1600 percent year-to-date. Other stocks involved in the short squeeze, including AMC Entertainment (AMC), Bed Bath & Beyond (BBBY) and Koss Corp. (KOSS), are mixed this morning.

McDonald’s (MCD) – The restaurant chain missed estimates by 8 cents a share, with quarterly profit of $1.70 per share. Revenue was shy of estimates as well. U.S. comparable-restaurant sales did beat forecasts, however, with a 5.5% increase.

Comcast (CMCSA) – The NBCUniversal and CNBC parent earned 58 cents per share for the fourth quarter, 8 cents above estimates, with revenue also beating analyst forecasts. Results were helped by record broadband and customer additions, and the company also said its Peacock streaming service has now reached 33 million signups in its first 6 months. Comcast also raised its quarterly dividend by 2 cents to 25 cents per share. Comcast shares rose 3.7% in premarket trading as of 7:44 a.m. ET.

Southwest Airlines (LUV) – Southwest lost $1.29 per share for the fourth quarter, smaller than the loss of $1.68 per share anticipated by Wall Street. Revenue came in below estimates. Its 2020 loss of $3.1 billion represented its first annual loss since 1972. Southwest shares rose 2.4% in the premarket.

JetBlue (JBLU) – JetBlue shares are up 6% in premarket trading, following a smaller-than-expected fourth-quarter loss for the airline. Its loss came in at $1.53 compared to a consensus estimate of a $1.69 per share loss, and revenue was also ahead of estimates.

Apple (AAPL) – Apple earned $1.68 per share for its latest quarter, versus a consensus estimate of $1.41 a share. Revenue came in well above estimates and surpassed $100 billion for the first time. Apple’s quarter was its most profitable ever, helped by sales of new high-end iPhones as well as laptops and tablets. Apple shares slipped 2% in premarket trading.

Facebook (FB) – Facebook reported quarterly profit of $3.88 per share, beating the consensus estimate of $3.22 a share. The social network’s revenue came in above estimates as well. It warned of challenges in the year ahead, including Apple’s planned privacy changes which may make it more difficult for Facebook to target users with its ads.

Tesla (TSLA) – Tesla missed estimates by 21 cents a share, with quarterly profit of 80 cents per share. The company’s revenue came in ahead of Wall Street forecasts as well. The stock is under some pressure, down 4% in the premarket, after the company failed to provide a clear vehicle delivery target for 2021.

Las Vegas Sands (LVS) – Las Vegas Sands lost 37 cents per share for its latest quarter, 5 cents a share more than analysts were anticipating. The casino operator’s revenue also missed estimates. The company’s quarterly revenue was down 67% from a year earlier due to the impact of Covid-19.

Whirlpool (WHR) – Whirlpool reported quarterly earnings of $6.67 per share, compared with a consensus estimate of $6.07 a share. The appliance maker’s revenue also came in above Street forecasts, however Whirlpool warned of some product shortages in coming months due to production constraints. Its shares rose 2.9% in premarket trading.

Toyota (TM) – Toyota overtook Volkswagen in 2020 to reclaim the No. 1 spot in global car sales for the first time in five years, selling 9.528 million vehicles to Volkswagen’s 9.305 million. 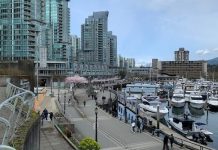 York Police Officer Accused Of Trying To Make Bank As A...