New study out of Italy suggests there could be a much more potent cannabis compound than tetrahydrocannabinol (THC). Scientists have found a new psychoactive substance in the plant called tetrahydrocannabiphorol (THCP), which they believe could be more than 30 times stronger. Researchers measured the impact of THCP in a lab and found that like THC, the compounded attached to cannabinoid receptors in the body but bonded to them 33 times more strongly, indicating it’s possible for THCP to disrupt mental and physical functions even more than THC.

Dr. Cinzia Citti, who is the study’s lead author, believes this helps explain why some strains behave differently than one would expect based solely on their THC levels. Citti said, “In cannabis varieties where THC is present in very low concentrations, then we can think that the presence of another, more active cannabinoid can explain those effects.”

While this discovery of THCP suggests the potential for creating marijuana products that give users a more intense high, the researchers are also optimistic about the possibility of uncovering health benefits related to THCP.

There’s a big need for more cannabis research to be done, and industry leaders Canopy Growth (NYSE:CGC) and Aurora Cannabis (NYSE:ACB) have played significant roles in trying to learn more about the potential benefits of using cannabis.

Last year, Aurora partnered with the UFC (Ultimate Fighting Championship) — the two plan to jointly study and develop hemp-derived cannabidiol (CBD) products that could help treat athletes with injuries. Canopy Growth, meanwhile, has partnered with ex-athletes from the National Hockey League to determine if cannabis be useful in helping to treat post-concussion diseases, including post-traumatic stress disorder and depression.

Over the past 12 months, those two marijuana companies alone have spent more than 50 million Canadian dollars combined on research and development.

Here’s The Marijuana Stock You’ve Been Waiting For
A little-known Canadian company just unlocked what some experts think could be the key to profiting off the coming marijuana boom.

And make no mistake – it is coming.

Cannabis legalization is sweeping over North America – 11 states plus Washington, D.C., have all legalized recreational marijuana over the last few years, and full legalization came to Canada in October 2018.

And one under-the-radar Canadian company is poised to explode from this coming marijuana revolution.

Because a game-changing deal just went down between the Ontario government and this powerhouse company…and you need to hear this story today if you have even considered investing in pot stocks.

Archaeologists found the ‘Lamborghini’ of chariots preserved near Pompeii (Study) 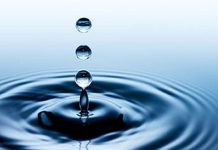 Researchers develop transparent wood that is stronger and lighter than glass

Oumuamua might be a shard of a broken planet (Study)

Samuel Moss Jr. stranded at sea for 16 days shares his...