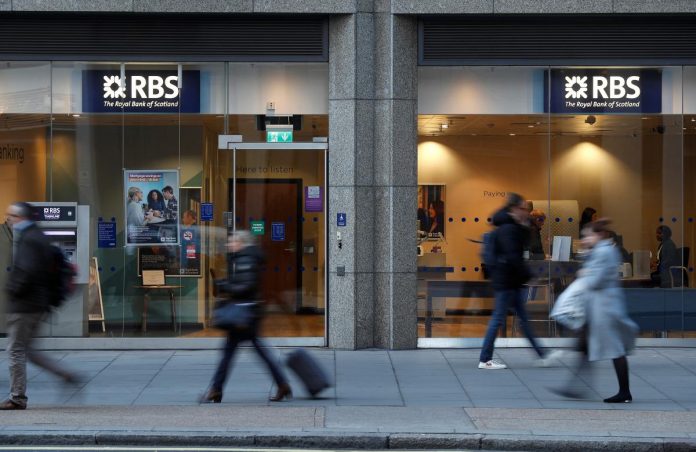 (Reuters) – Royal Bank of Scotland Group Plc will pay $125 million to resolve claims that it made misrepresentations while selling mortgage-backed securities to two large California pension funds, the state’s attorney general has announced.

The settlement announced on Friday by California Attorney General Xavier Becerra was the latest by RBS aimed at resolving claims stemming from its sale of mortgage-backed securities, which were at the heart of the 2008 financial crisis.

Becerra’s office said those securities were typically backed by thousands of mortgage loans of varying quality in which the buyer relied on the assurance that those mortgages were carefully screened and were not overly risky.

Becerra’s office also said its investigations found that RBS failed to accurately disclose to investors the true traits of many of the thousands of mortgages underlying the securities.

“RBS decided to mislead California’s pension funds in order to line its own pockets – plain and simple,” Becerra said in a statement.

RBS Chief Executive Officer Ross McEwan in a statement on Saturday said the bank was pleased to have reached the settlement, which related to issues with mortgage-backed securities in 2004 to 2008.

“We have been very clear that putting our remaining legacy issues behind us is a key part of our strategy,” he said.

The settlement comes as RBS continues to seek to resolve a U.S. Justice Department investigation into its sales of mortgage-backed securities before the financial crisis.

In July, RBS agreed to pay $5.5 billion to resolve a lawsuit by the Federal Housing Finance Agency, the conservator for Fannie Mae and Freddie Mac, claiming that it misled the U.S. mortgage giants into buying mortgage-backed securities.

In September 2016, the U.S. National Credit Union Administration announced that RBS had agreed to pay $1.1 billion to resolve claims over mortgage-backed securities it sold to credit unions that later failed.

Reporting by Nate Raymond in Boston; Editing by Sam Holmes and Andrea Ricci

Accused in Edmonton hotel death pretended to be shocked by body...