Melina Roberge, a 24-year-old woman who was one of three Quebecers charged with smuggling drugs into Australia has pleaded guilty to importing cocaine in commercial quantities.

Melina Roberge pleaded guilty in a Sydney court on Friday, according to a spokeswoman for the New South Wales District Court, and is due back in court for sentencing on March 23.

Under Australian law, the crime could result in a life sentence.

Roberge, Isabelle Lagace, 30, and Andre Tamine, 64, were arrested on Aug. 29, 2016 after the cruise ship MS Sea Princess arrived in Sydney.

Australian authorities using sniffer dogs found 95 kilograms of cocaine in their suitcases worth an estimated $30.5 million.

Tamine also pleaded guilty a week ago and will be sentenced on Oct. 26. Lagace was sentenced to seven and a half years in prison last November.

Authorities have said the drug seizure was the largest ever involving a cruise ship or an aircraft in Australia. 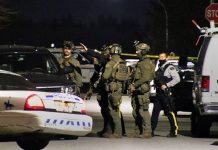 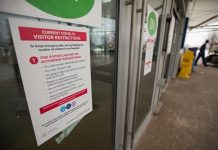 Coronavirus Updates: Canada’s coming month of Pfizer COVID-19 vaccine shipments will be reduced by half

News anchor Kori Sidaway hits back at viewer who sent her snarky note about...

An hours-long police standoff in Burnaby Thursday evening was sparked by a cleaning woman who told police a client had threatened to pull a...

Investigators at the Yale School of Medicine have recently discovered how the SARS-CoV-2 virus can directly infect the central nervous system. The findings have...

Scientists have discovered about 750,000 quasars, which are among the brightest and most energetic objects in the universe. Despite its uninspiring designation, J0313-1806 is...

A Lung doctor here in the Valley is giving us a new look at some of the coronavirus's long-term effects. Chest X-rays of patients...