Justin Timberlake and Jessica Biel have reportedly welcomed a second child, a boy. According to a report from The Daily Mail, the couple welcomed a baby boy “earlier this week” following a secret pregnancy. Biel and Timberlake, who have been married since 2012, have a 5-year-old son, Silas. The family has reportedly been spending quarantine in Montana and had not been seen together publicly since prior to the coronavirus pandemic hit in March while photos Biel shared on the couples social media accounts have been from a distance, of Biel sitting, or have been selfies.

At this time, neither Timberlake nor Biel have commented on The Daily Mail’s report, which stated that Biel’s mother, Kimberly Conroe Biel had spent the past week with the family. The report also states that a friend of Biel’s mother confirmed the sex of the new baby.

If confirmed, the family’s new arrival comes several months after Timberlake’s hand-holding cheating scandal with Raising Dion star Alisha Wainwright. Timberlake and Wainwright had been seen holding hands outside a New Orleans bar on November 22nd during a break from filming the movie Palmer. Timberlake issued an apology and admitted that he had been drinking when the photos were taken.

Timberlake’s most recent film, Trolls World Tour, had been scheduled to open in theaters on April 17th. Due to widespread theater closures related to the coronavirus pandemic the film was also released to Video on Demand on April 10th, a move that prompted a bit of backlash from theater owners at the time but ended up being fairly successful for the film. Not only did it top the box office among the few theaters still open at the time, but the film also had the biggest opening weekend ever for a digital title. The film sees Timberlake reprise his role as Branch in the film which sees the Trolls discover that their kingdom is only one of six musical realms. When the power-hungry ruler of the Rocker Trolls threatens to silence all other music, Branch and Poppy (Anna Kendrick) head on a quest to unite the realms before the songs in the hearts are lost forever.

As for Biel, she most recently appeared in Facebook Watch’s adaptation of the popular podcast fiction series Limetown. In Facebook Watch series, Biel played Lia Haddock, a journalist unravelling the mystery behind the disappearance of over 300 people at neuroscience research facility. That series, which also starred Stanley Tucci, debuted on October 16, 2019 and was cancelled after one season in January. 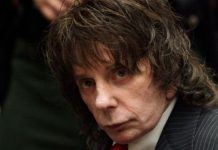 Coronavirus Canada updates: Ontario gets back on track with testing, below 400-case benchmark

Search and rescue crews are lauding a 17 year-old for his quick-thinking and common sense, after the teen was lost in snowy mountain terrain...

The latest news on COVID-19 developments in Canada (all times eastern): 2 p.m. Nova Scotia is reporting four new cases of COVID-19, giving it a total...

Saskatchewan continues to lead the country in the number of active cases per 100,000, according to Health Canada. As of Jan. 18, Saskatchewan reportedly has...

New Brunswick will provide a COVID-19 update on Tuesday as officials are expected to announce a decision on whether more regions in the province...

The province has come out with a shortlist of possible changes under consideration to current public health orders by Friday. While COVID-19 case counts are...