You weren’t dreaming. It took a pandemic to bring Patrick Dempsey back to “Grey’s Anatomy.”

After a 16th season cut short in the spring as Hollywood productions were stymied by the spread of COVID-19, “Grey’s Anatomy” returned Thursday with a two-hour Season 17 premiere that delivered quite the surprise in its closing moments. Patrick Dempsey, who played Derek “McDreamy” Shepherd for 11 seasons, made a stunning return to the medical drama in a dream-like sequence.

Much of the episode chronicled the high-stress environment that now greets the doctors and healthcare workers of Grey Sloan Memorial as they battle the realities of the COVID-19 outbreak on the front lines. The episode, a crossover event with lead-in “Station 19,” ended with Meredith Grey, played by Ellen Pompeo, collapsed in the hospital’s parking lot after a long day at work. As she’s found by co-worker Cormac Hayes (Richard Flood), the scene transitions to Meredith standing on a deserted beach. A voice calls out, “Meredith!” She turns. A sweeping shot shows Derek waving his hands in the air and smiling as he says her name.

“The most important task we had this season was to honor the reality of this global pandemic and the impact it’s having — particularly on healthcare workers,” showrunner Krista Vernoff said in a statement following the East Coast airing. “Along with that we had to come up with creative ways to allow our show to still be fun and romantic and provide some escapism. Enter Patrick Dempsey.”

The beach motif, she says, provided a way to live outside the pandemic. And it will continue beyond the premiere.

“Season 17 has been a Herculean effort by our cast, our crew, our writers and our partners at Disney and ABC — and we are proud of it,” Vernoff continued, “But our effort is nothing compared to the work of our frontline healthcare workers to whom this season is dedicated. We hope our show inspires you to wear your masks to protect them and each other. As Derek Shepherd would say, ‘It’s a beautiful day to save lives.’”

Dempsey’s return is a shocking development, much like his controversial exit from the show in 2015. Dempsey had played the role of Derek, whose romance with Meredith had been the pulse of the show from the drama’s inception in 2005. He departed with a year left in his contract. And the way his character was written out — by death — surprised viewers, one of several fraught departures in the series’ annals. 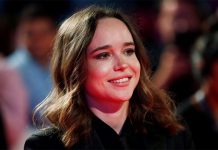 Nunavut's two-week lockdown to slow the spread of COVID-19 was lifted in almost all communities Wednesday as the territory had more recovered than active...

People in Saskatchewan can expect a coronavirus vaccine distribution plan next week, according to Health Minister Paul Merriman. Merriman said his ministry and Saskatchewan Health...

Frame Lake MLA Kevin O’Reilly is raising concern over what will happen to NWT residents receiving medical treatment in Alberta if the province’s health...

Manitoba is expanding its rapid COVID-19 testing to teachers in Winnipeg. The rapid testing pilot will begin in January to coincide with the post-holiday return...

Cartel made nearly 3 million a day in Canada

‘Ring Of Fire’ Solar Eclipse Will Be Visible This Week, Report