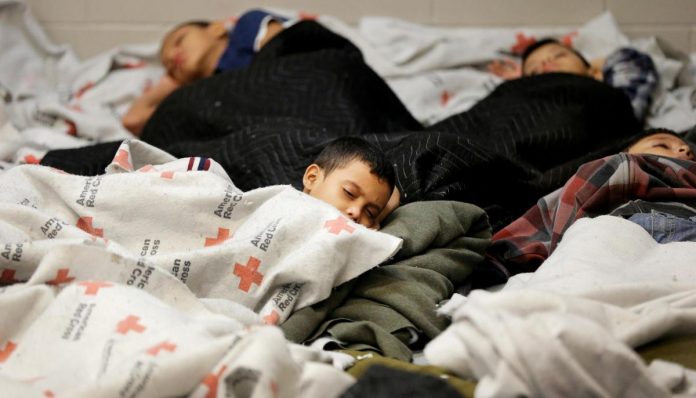 NEW YORK (Reuters) – The U.S. Justice Department has issued new guidelines for immigration judges that remove some instructions for how to protect unaccompanied juveniles appearing in their courtrooms.

A Dec. 20 memo, issued by the Executive Office for Immigration Review (EOIR) replaces 2007 guidelines, spelling out policies and procedures judges should follow in dealing with children who crossed the border illegally alone and face possible deportation.

The new memo removes suggestions contained in the 2007 memo for how to conduct “child-sensitive questioning” and adds reminders to judges to maintain “impartiality” even though “juvenile cases may present sympathetic allegations.” The new document also changes the word “child” to “unmarried individual under the age of 18” in many instances.

An EOIR official said the new memo contained “clarifications and updates” to 10-year-old guidance “in order to be consistent with the laws as they’ve been passed by Congress.” The new memo was posted on the Justice Department website but has not been previously reported.

Immigration advocates said they worry the new guidelines could make court appearances for children more difficult, and a spokeswoman for the union representing immigration judges said judges are concerned about the tone of the memo.

President Donald Trump has made tougher immigration enforcement a key policy goal of his administration, and has focused particularly on trying to curb the illegal entry of children. The administration says it wants to prevent vulnerable juveniles from making perilous journeys to the United States and eliminate fraud from programs for young immigrants.

One changed section of the memo focuses on how to make children comfortable in the court in advance of hearings. The old guidance says they “should be permitted to explore” courtrooms and allowed to “sit in all locations, (including, especially, the judge’s bench and the witness stand).”

The new guidance says such explorations should take place only “to the extent that resources and time permit” and specifically puts the judge’s bench off limits.

The new memo also warns judges to be skeptical, since an unaccompanied minor “generally receives more favorable treatment under the law than other categories of illegal aliens,” which creates “an incentive to misrepresent accompaniment status or age in order to attempt to qualify for the benefits.” It also says to be on the lookout for “fraud and abuse,” language that was not in the previous memo.

Immigration judges are appointed by the U.S. Attorney General and courts are part of the Department of Justice, not an independent branch. The only sitting immigration judges routinely allowed to speak to the media are representatives of their union, the National Association of Immigration Judges.

Dana Marks, a sitting judge and spokeswoman for the union, said the “overall tone” of the memo “is very distressing and concerning to immigration judges.”

In their previous form, he said, “so much emphasis was placed on the potential inability of the alien to understand the proceedings … that it almost put the judge into the position of being an advocate.”

The courts have had to handle a surge in cases for unaccompanied minors, mostly from Central America, after their numbers sky-rocketed in 2014 as violence in the region caused residents to flee north.

While illegal crossings initially fell after Trump took office, U.S. Customs and Border Protection said that since May, each month has seen an increase in children being apprehended either alone or with family members.

Attorney General Jeff Sessions said in a speech in Boston in September that the special accommodations for unaccompanied minors had been exploited by “gang members who come to this country as wolves in sheep clothing.”

Echoing some of these concerns, the new memo notes in a preamble that not all child cases involve innocents, and that the courts might see “an adolescent gang member” or “a teenager convicted as an adult for serious criminal activity.”

Jennifer Podkul, policy director of Kids in Need of Defense (KIND) said Congress included special procedural protections for immigrant children in a 2008 anti-trafficking bill to “make sure that a kid gets a fair shot in the courtroom.”

“These kids are by themselves telling a very complicated and oftentimes very traumatic story,” said Podkul. “The approach of this memo, which is much more suspicious, is not going to help get to the truth of a child’s story.”

In cases where children are called to testify, the old guidance instructed judges to “seek to limit the amount of time the child is on the stand.” The new guidance says that judges should “consider” limiting the child’s time on the stand “without compromising due process for the opposing party,” which is generally a government prosecutor.

The memo leaves in a range of special accommodations made for children, including allowing them to bring a pillow or booster seat or a “toy, book, or other personal item.” It also maintains that cases involving unaccompanied minors should be heard on a separate docket when possible and that children should not be detained or transported with adults. 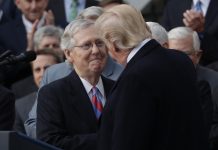 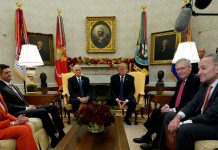 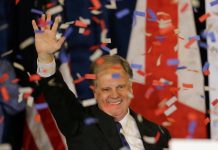 Coronavirus Canada Udaptes: Quebec records its most cases since late-June