People with mild traumatic brain injury who are exposed to early morning blue light therapy may experience a decrease in depression and other concussion symptoms, according to a preliminary study released today that will be presented at the American Academy of Neurology’s 72nd Annual Meeting in Toronto, Canada, April 25 to May 1, 2020.

The double-blind, randomized study involved 35 people with an average age of 26 who had been diagnosed with concussion within the past 18 months. The participants used a tabletop device that shines bright light for 30 minutes each morning for six weeks. Seventeen people received blue light therapy and 18 people received a placebo amber light therapy.

At the beginning and the end of the study, both groups completed tests to measure symptoms of depression and other concussion symptoms, such as headache, fatigue and problems with sleep, memory and concentration.

The improvement in depression scores among the people in the blue light group was also linked to improvements in other concussion symptoms such as sleep disturbance, fatigue, concentration, restlessness, and irritability, while there was no such relationship for the people in the placebo group.

“These results reinforce that blue light therapy may be an effective, non-drug treatment for concussion and that improvements in depression may result in improvement in both mental and physical concussion symptoms, and thus quality of life,” said Killgore.

The main limitations of the study were a relatively small sample size and that not every participant had clinical depression, which is a more severe form of depression, so the study may not represent all people with mild traumatic brain injury.

Killgore said, “Limitations notwithstanding, the findings give a promising treatment approach to those suffering from mood disturbances following a concussion.” 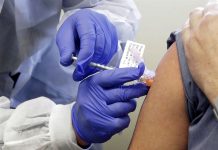 Thailand to begin its Coronavirus vaccine human trials in September 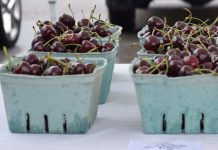 The death toll due to COVID-19 in the province has reached 5,636, with three more deaths reported on Wednesday. One of the victims died...

Coronavirus Canada updates: No new cases in Newfoundland and Labrador

On Wednesday, Newfoundland and Labrador reported no new cases of COVID-19, after 307 more people were tested since Tuesday. Chief medical officer of health...

Health officials in Prince Edward Island did not report a new COVID-19 patient on Wednesday, after three straight days of adding to its total...

For the second straight day, health officials have identified a new case of COVID-19 in New Brunswick. Before the recent stretch, no new cases...

Health officials in Nova Scotia have identified one new case of COVID-19, the first in the province since July 8. The latest patient is in...

Coronavirus Canada updates: No new cases in Newfoundland and Labrador