Home Investments Dogecoin (DOGE) price prediction: ‘Get out in time’ or be left ‘short-changed’...

DOGECOIN prices are experiencing an absolute heyday, with bullish sentiments and a Twitter-fuelled frenzy driving prices up to an all-time high. Some analysts are, however, concerned this DOGE bubble is not going to last and when it bursts, “you’re going to be left short-changed”.

When dogecoin (DOGE) hit the market eight years ago, no one expected the “meme cryptocurrency” to be the most talked-about token after bitcoin. But DOGE has been all the rage in recent months, thanks in no small part to the likes of Elon Musk and the GME craze that began on Reddit. Just two years ago, the token was swapping hands for as little as £0.0011 ($0.0015) per token.

Dogecoin was born in 2013 as a joke, centred on a popular internet meme featuring a smiling Shiba Inu dog.

And yet, according to Tom Steltzer, a cryptocurrency specialist at the personal finance comparison site finder.com, interest in DOGE has benefited from the likes of Elon Musk thrusting it into the spotlight.

The South African tech mogul and mastermind behind SpaceX has been frequently tweeting about and sharing memes about dogecoin for months now.

UK approves Pfizer-BioNTech vaccine for use in world first, Report 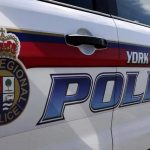 The UAE has successfully launched its first Mars mission, Watch