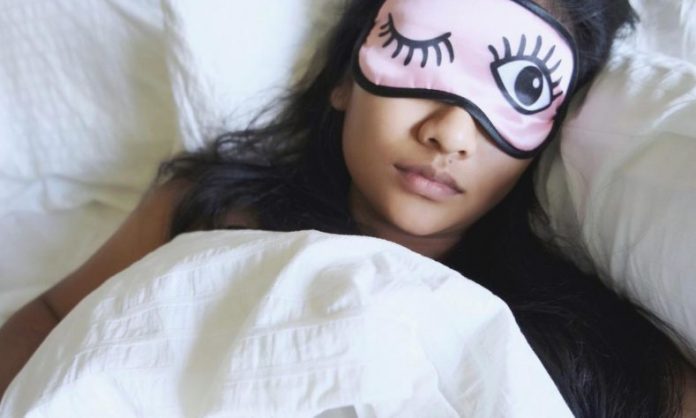 The synchronized brain waves of non-REM sleep may play a key role in preventing toxins from accumulating in a person’s brain.

Brain waves that occur during this period — when you’re in your deepest resting state — seem to trigger a type of cleaning system. The cerebrospinal fluid (CSF) that is released washes away toxic proteins, thereby protecting the brain from neurodegenerative diseases such as Alzheimer’s, according to new research.

To examine how this power-washing worked, researchers at Boston University had 11 participants spend the night in the lab, sleeping inside an MRI machine. They started the tests at midnight, according to Wired, so that the subjects would be tired and would be more likely to fall asleep.

Electrical waves and fluid
Keep in mind that we cycle between rapid eye movement (REM) and non-REM sleep at night. During REM sleep your eyes move around quickly in different directions. This is usually when dreams happen. Non-REM sleep has a deeper component, playing a role in tissue repair and regrowth, as well as memory, brain disease and general upkeep of the brain.

In the study, researchers discovered that during non-REM sleep, large waves of fluid washed over the brain about every 20 seconds. They noticed that a wave of electrical activity occurred in the brain first and then a wash of fluid followed a few seconds later. The findings suggest that the electrical waves trigger each slow wave of fluid. The results were published in the journal Science.

“It’s already known that people with Alzheimer’s disease have less of these electrophysiological slow waves, so they have smaller and fewer slow waves,” study coauthor Laura Lewis, a neuroscientist and engineer at Boston University, tells NPR.

Fewer slow waves reduce the number of cerebrospinal fluid washes, limiting the brain’s ability to rid itself of toxins linked with Alzheimer’s and other neurodegenerative illnesses, researchers suggest.

“It would make sense that if there’s large waves of fluid, of CSF, that that might in turn cause mixing and dispersion with other fluids in the brain and help with this waste removal process,” Lewis says.

Coronavirus: How Canada approved five vaccines for COVID-19 in under a year

Boomerang earthquake detected under the Atlantic Ocean for the first time, Report

Toronto police have identified a man who was pronounced dead after being found with a gunshot wound in a plaza in North York on...

One arrested after double homicide on Vancouver Island

The RCMP say second-degree murder charges have been laid against a man for the deaths of two people in the Vancouver Island community of...

The Regina Police Service is asking for help from the public in locating an 18 year-old Regina male, who is the subject of a...

A 31-year-old man is dead following a fatal hit and run just outside of The Pas, according to RCMP. ...

One arrested after double homicide on Vancouver Island