He originally vowed to fight tax charges against him, but Cristiano Ronaldo is now expected to plead guilty to tax fraud.

In 2017, the soccer superstar was accused of failing to pay 14.7 million euros ($16.5 million US) in taxes. He was alleged to have avoided paying taxes by funneling income related to image rights, meaning his likeness, the very thing that Ronaldo capitalizes on, through a series of offshore companies. If that arrangement sounds vaguely familiar, it is: the use of separate entities to hide income tied to image rights is the basis of accusations fellow soccer stars like Samuel Eto’o and Neymar.

Initially, Ronaldo appeared immune to the tax allegations which plagued other soccer players, including Lionel Messi, who was found guilty of tax evasion in 2016 (despite an appeal, Messi’s sentence was upheld in 2017). However, in December of 2016, suspicions against Ronaldo were raised after the so-called “Football Leaks” – think Panama Papers with a hyper-focus on soccer players – suggested that Ronaldo had underreported his income.

Ronaldo denied the charges, and Real Madrid, then his club at the time, issued a statement defending the famous forward. However, when Ronaldo jumped to the Italian-based club Juventus in 2018, signing a four-year contract worth over 100 million euro ($113.7 million US), his lingering tax troubles were thought to have played a part. The previous year, he had told judge Monica Gomez Ferrer he felt victimized by the Spanish authorities and wanted to leave Madrid.

Despite arguing that he did nothing wrong, Ronaldo allegedly reached a deal with Spanish tax authorities in 2018. As part of the deal, Ronaldo agreed to plead guilty to four counts of tax fraud in exchange for a fine and a sentence of six months in jail for each offense, for a total of two years in prison. He will serve his sentence as probation, consistent with the treatment of other nonviolent first offenses.

Ronaldo will appear in a Madrid court tomorrow to formally confirm the terms of the deal and receive his sentence. The footballer is not expected to make a statement. 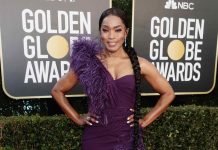 Canada has blocked Huawei’s access to 5G without an official announcement, Report