Home Canada COVID-19: Updates from the rest of Canada

Ontario reported 99 new COVID-19 cases in its latest 24-hour reporting period. It has now reported fewer than 100 daily cases on 13 of the last 15 occasions. The province also reported 83 recoveries, bringing the number of people who have recovered from COVID-19 in Ontario to 37,036, while the death toll remains at 2,789. Throughout the province, there are now 920 active cases.

In Quebec, there were 55 new cases of COVID-19 that were identified by health officials, the fewest in a 24-hour stretch since June 24. For the sixth time in the past seven days, the province has also recorded fewer than 100 caes; before the recent stretch, it had not done so since July 11. Eighty-three more people have also recovered from the virus in Quebec, while one more fatality has been added to its death toll, but it occured between Aug. 10-15. It means there are now 1,555 active cases of COVID-19 in the province.

Nova Scotia reported one new case of COVID-19 on Monday. The patient is in the Northern zone, and is connected to one of the cases identified last week. There are now four active cases in the province.

New Brunswick and Newfoundland and Labrador reported no new cases, but there still remain 15 and two active cases in those provinces, respectively. Prince Edward Island did not update its COVID-19 data on Monday, but as of its last update it has five active cases.

One new case of COVID-19 was identified in Saskatchewan, which is the smallest increase to its total since July 7. The latest case is located in the South West zone of the province. Twenty-two more people have recovered, meaning there are now 172 active cases in the province. Of those patients, there are 49 in the South West zone, 32 in South Central and 33 in Regina. The three Far North zones have zero active cases, after there were home to 352 patients throughout the pandemic.

Alberta announced 359 new cases of COVID-19 from over the weekend, along with three additional fatalities that were not residents of long-term care homes. From Friday to Saturday, there were 177 new cases that were added, but that includes 74 cases that were added from before Aug. 14. Alberta Health Services is also investigating an outbreak linked to the Bible Pentecostal Church in Edmonton, after 13 confirmed cases were linked to the establishment, according to CBC. Throughout the province, there are 1,132 active cases of COVID-19, while the death toll now stands at 224.

No new cases were reported across Canada’s three territories, while Nunavut remains the only jurisdiction to not have had a confirmed positive case throughout the pandemic. The Northwest Territories have zero active cases, and so does Yukon after its two remaining cases were marked resolved on Thursday. 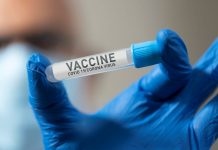 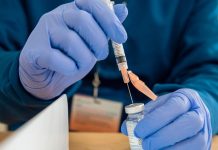 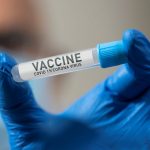 Toronto is scaling up doses of the Moderna COVID-19 vaccine to compensate for a delay in shipment of Pfizer-BioNTech shots to Ontario. The city says...

With 53 new COVID-19 cases being reported on Sunday by local health officials, Waterloo Region has now logged the most daily cases in Ontario...

Coronavirus Canada updates: ‘To have a party of 200 people is...