Limited patio dining, indoor shopping and larger outdoor gatherings will be permitted in Ontario on Friday, as the province moves its economic reopening plan up by a few days.

The government said pandemic health indicators have improved and COVID-19 vaccine uptake is high enough to begin lifting some restrictions ahead of schedule.

Outdoor dining will be allowed with up to four people per table, and outdoor fitness classes, outdoor religious services and camping can resume under the first step of the reopening plan. The changes will take effect at midnight on Friday.

Outdoor gatherings of up to 10 people and day camps are also permitted and more retail businesses can open for in-person sales with capacity restrictions.

“As we begin to enjoy the benefits of the first step in our roadmap, like meeting friends on a patio or visiting your favourite local store, please do so safely by continuing to follow all public health guidelines,” Ford said in a statement.

The province had originally planned to move to the first step of its reopening plan next week.

It said 72 per cent of adults in Ontario had received at least one dose of a COVID-19 vaccine as of Sunday night, placing the province ahead of its 60 per cent target set for the reopening date.

Daily COVID-19 infections and hospitalizations had also declined, the province said in a news release, with those trends expected to continue “in the coming days.”

The president of the Canadian Federation of Independent Business said the news of an earlier reopening was “long overdue.”

Dan Kelly called for the province to accelerate through the next stages of its reopening plan, which in its current state will lift restrictions further every three weeks depending on the pandemic situation and status of vaccinations at the time.

The NDP called on the government to prioritize sending second doses of vaccines to hot spots where a more infectious virus variant is spreading to help avoid another lockdown.

In Peel Region, the Delta variant is poised to become dominant this month, and experts fear it could spread across the province if it isn’t contained.

“People need to have confidence that this early reopening won’t backfire,” NDP deputy leader Sara Singh said. “In order to guarantee that, the Ford government needs to do what the experts are telling them to do: offer everyone in a hot spot a second dose of the COVID vaccine right now.”

Ontarians 70 and older and those who received their first mRNA vaccine dose on or before April 18 became eligible to book their second doses on Monday. Experts and critics have called for a new strategy that targets hot spots for the Delta variant, believed to be more infectious and causing more severe illness, for second doses.

Singh also criticized the government for reopening the economy rather than schools, as was announced last week, and failing to include schools in its reopening plan.

Mike Schreiner with the Green party said the government should further support small businesses with grants, noting that independent retailers will only be able open to small numbers of people at a time.

“Operating at 15 per cent capacity will not immediately solve the cash flow challenges most small businesses face. And many small businesses will need help to reopen after the third wave lockdown,” Schreiner said.

Ontario reported 525 new COVID-19 cases and 15 deaths from the virus on Monday, with 547 COVID-19 patients hospitalized.

The province will follow its three-step reopening plan throughout the summer as it climbs out of a harsh third wave of the pandemic. 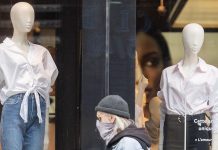 The province will enter Phase 2 on the path toward the Green level of the COVID-19 recovery plan, effective as of midnight tonight, two...

Albertans who get fully vaccinated with two doses of COVID-19 vaccine will have the chance to win one of several travel-related prizes, as part...

Manitoba's seven-day average of new COVID-19 cases dropped below 200 for the first time since April on Wednesday as the province reported 144 new... 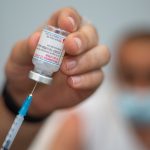 Coronavirus: Manitoba aiming to open 2nd dose COVID-19 vaccination to everyone by next week

Health officials in Manitoba are aiming to have second dose COVID-19 vaccine appointments open to everyone eligible for the shot by the end of...

With more than 300,000 doses of Moderna expected to arrive in the province over the next two weeks, options are wide open for people...