What you need to know, at a glance

There were 96 new confirmed cases of COVID-19 in Ottawa Saturday, and two new deaths

There were 96 new confirmed cases of COVID-19 in Ottawa Saturday, down from Friday’s record daily high of 142 cases, but still one of the highest daily case counts the city has seen. Ontario recorded 653 new cases, 284 of them in Toronto and 97 in Peel, Minister of Health Christine Elliott tweeted.

Ottawa Public Health also reported two new COVID-19 deaths in the city on Saturday. There are currently 25 people hospitalized in Ottawa with COVID-19, one more from a day earlier, and four people in intensive care.

Those include a growing outbreak at Saint-Vincent Hospital, where three people have now died and 59 are infected, and West End Villa long-term care home, where 19 residents have died.

The new cases come a day after Ottawa residents received a dire warning from Medical Officer of Health Dr. Vera Etches. She told a press conference that the local health system is in crisis because of rising cases in the community, which are putting added pressures on hospitals, long-term care homes and testing facilities.

She asked members of the public to limit close contacts to those within their own households and a few supports, but said she was reluctant to call for a return to some Stage 2 restrictions, such as prohibiting indoor dining and bars, which Toronto’s medical officer of health has done.

The province also announced some new restrictions for Ottawa, Toronto and Peel, the three hot spots in Ontario as the second wave of the COVID-19 pandemic grows.

Those include limiting restaurants, bars and nightclubs to 100 customers or fewer, with no more than six people per table. And limiting gyms and fitness centres to a total of 50 people inside at a time. Group fitness classes can include no more than 10 people. Meeting and event spaces will also be limited to 50 people overall.

The province also said it is moving the entire testing and assessment system to appointment only, to prevent the kinds of long lineups seen in Ottawa and elsewhere over the past month and to help the overwhelmed testing system catch up. On Friday, more than 82,000 people were waiting to hear COVID-19 test results in the province.

Walk-in testing was to continue Saturday but end as of Sunday with the appointment model to launch on Oct. 6.

Provincial officials said they will help labs in Ottawa and allow some tests to be sent to other cities for processing to take some pressure off.

Ontario reported four additional COVID-19 deaths on Saturday. It also added 37 deaths to its total count due to “data remediation.” A total of 2,968 Ontario residents have died from COVID-19 since the pandemic began. There have been 53,633 cases.

Amid spiking numbers there, Toronto Public Health says it has been forced to scale back contact tracing for positive COVID-19 cases.

Quebec, meanwhile, reported 1,107 new cases and 10 deaths on Saturday. The province has temporarily closed restaurants and bars in some hot spots, including Montreal, for the month of October, and is asking people to limit social contacts during the month.

Meanwhile, 47 students and six staff had tested positive for COVID-19 at the English Catholic School Board as of late Friday. That is up by nine students from a day earlier.

Monsignor Paul Baxter, the only school to be closed so far, is scheduled to reopen on Monday. As of Friday, there were seven positive cases at Notre Dame High School, resulting in 12 classes being closed. 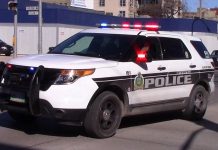 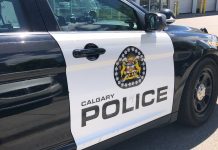 Two teens have been arrested and charged after a convenience store robbery on Saturday. Winnipeg Police Service said two male suspects went to a convenience...

Calgary police say two pedestrians were sent to hospital after they were struck by a sedan fleeing the scene of a separate hit-and-run Saturday...

Ontario is reporting 748 new cases of COVID-19 as well as five more deaths related to the disease. The new infections logged Thursday represent a...

Charges have been laid following the death of a Southern Albertan woman from earlier last week. On Friday, November 19, Megan Eekma, 34, was travelling...

Kelowna RCMP said that the investigation into the man’s death has been turned over to the BC Coroners Service, noting that his death is...