On the heels of the news that the Pfizer COVID-19 vaccine has been granted approval for use in Canada, the question now becomes what’s next in the approval pipeline?

Health officials believe the Moderna COVID-19 vaccine could be approved for use within weeks.

The country is already set to receive two million doses of the yet to be authorized Moderna shot in the early part of 2021.

Dr. Supriya Sharma, Chief Medical Advisor at Health Canada, tells the CBC that the Moderna product could be approved before the end of the year.

“We have three more vaccines under review,” says Sharma. “Out of those the Moderna is definitely the one that’s furthest advanced. All the evidence and science really has to be looked at and we wait until we see all that before we make a final decision.”

Along with Moderna, vaccines from AstraZeneca and Johnson & Johnson are also still being reviewed and considered for approval.

Sharma says that the Moderna vaccine is significant since it is more stable than the Pfizer vaccine and easier to ship to long-term care homes and northern communities.

The Pfizer vaccine is to be stored at freezing cold temperatures which makes it more difficult to transport. The company is planning on shipping the doses to provinces directly.

The federal government says the first shipments of the Pfizer shots will arrive in the country by Monday vaccinations possibly starting on Tuesday. Up to 249,000 doses are expected to arrive in Canada by the end of year.

Federal officials say four million more doses of the vaccine will arrive by the end of the spring. The government has already bought 20 million doses in total and they have the option to buy 56 million more.

The vaccine will be shipped from Europe through the United States before making its way into Canada .

Officials say they do not expect any issues at the border though earlier in the pandemic U.S. President Donald Trump attempted to divert 3M shipments of N95 masks headed for Canada.

“We are confident that the company with whom we have contracted will ensure those deliveries make it to our shores,” says Federal Procurement Minister Anita Anand.

Trump signed an executive order this week forbidding vaccine makers from exporting any doses until American can get them first.

In addition to approving the Pfizer vaccine on Wednesday, federal health officials also released what it calls a “vaccination timeline” as to when Canadians can expect to be inoculated. The timeline estimates the majority of Canadians will be safely vaccinated by September 2021. 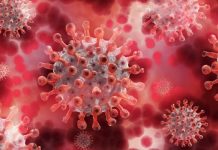 Coronavirus Canada Updates: Here’s what you need to know about the mutations 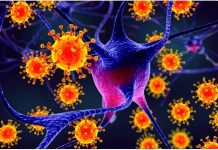 how to tell if you have a common cold, flu or Covid – lintelligencer...

A Quarter of All Climate Tweets Come From Bots, says new...