Despite more than 500 active COVID-19 cases in the Edmonton region, experts say the mandatory mask bylaw is likely helping keep infections from skyrocketing.

The bylaw, which came into effect Aug. 3, requires face coverings to be worn in all publicly accessible places. There are exemptions for certain situations, such as when people are seated and dining, as part of a religious or spiritual ceremony or during physical exercise.

“I try to make a habit of it regardless of where I’m at,” Bryce Kroom said while out and about near Century Park Tuesday morning.

He was initially reluctant to wear one but changed his mind after a friend contracted COVID-19. He called it a matter of respect to wear one to protect people who are vulnerable.

“I think it’s so important,” he said.

However, cases remain in the hundreds, with Alberta Health reporting outbreaks related to workplaces, places of worship and social gatherings.

No single measure, including masking, can stop the spread of the virus, Alberta Health spokesperson Tom McMillan said in an email.

“The impact of Edmonton or any other municipality’s mask policy is difficult to assess, as many different factors contribute to the transmission of COVID-19,” he said, citing the absence of physical distancing and group sizes as examples.

Experts say it’s a challenge to keep people motivated and engaged with public health measures like masking in the long term, especially since behaviour can only be managed in public spaces and transmission can be happening during private, social events.

‘Best guess that it is working’

Still, experts say they believe the masking bylaw is worthwhile and that evidence does show masking helps reduce transmission.

Norm Neumann, vice-dean of the University of Alberta School of Public Health, said it helps buy society time until a vaccine and other interventions are developed to keep the virus at bay in the long term.

“It’s our best guess that it is working,” Neumann said Tuesday. “To suddenly take away masks may actually lead to higher rates.”

Both he and Craig Jenne, an immunologist and microbiologist at the University of Calgary, say it’s difficult to quantify the efficacy of masking because of other factors in play.

The city’s bylaw came into effect shortly after segments of the economy and social activities were allowed to resume. Jenne said that, given the impact of bars, restaurants and large group gatherings on increasing transmission, he believes the masks are likely helping keep that number in check.

“Overall the numbers appear quite stable so far in Edmonton, hovering … around the same level for the last couple weeks, which is typically a good sign,” he said. 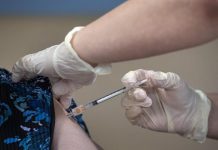 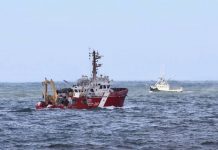 Racial disparities in trauma deaths not seen with Tricare

A cabinet minister says a couple from outside Yukon travelled to a remote community in the territory this week and received doses of COVID-19... 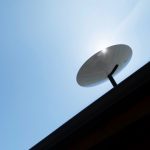 SpaceX has made changes to its Starlink internet beta website, to now allow sign-ups without an invite, if your address is eligible for service,...

Located in the constellation of Virgo (The Virgin), around 50 million light-years from Earth, the galaxy NGC 4535 is truly a stunning sight to...

Health officials say the U.K. coronavirus variant — believed to be more contagious — has been confirmed in an outbreak at a Barrie long-term... 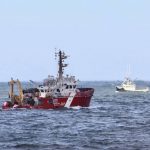 ANNAPOLIS ROYAL, N.S. — RCMP have ended the search for the five fishermen still missing from a tragic accident at sea more than a...