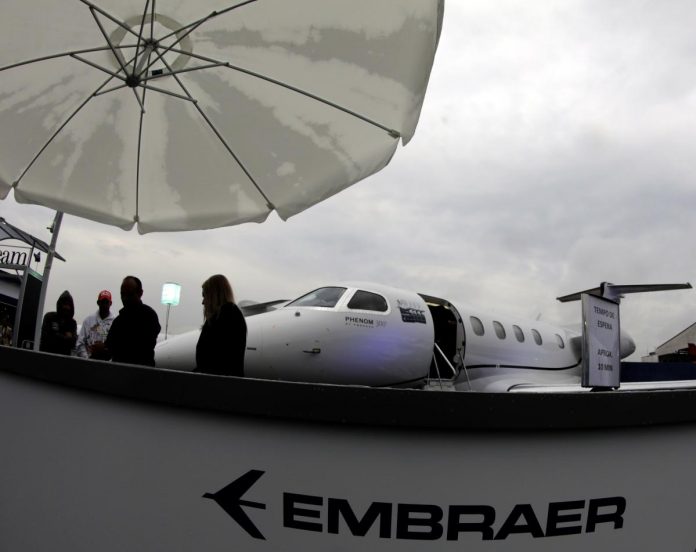 BRASILIA/PARIS (Reuters) – Boeing Co (BA.N) sought to calm Brazilian concern about a potential tie-up with Embraer SA (EMBR3.SA) after President Michel Temer and other officials warned they would veto any full takeover bid for the regional jet maker.

While Temer said he would welcome an injection of foreign capital into Embraer, his warning was the latest reminder that the company, which also makes some military planes and was one of the more successful products of Brazilian industrial policy, remains a focus of national pride.

Boeing said talks with Embraer on what the companies have called a “potential combination” were ongoing and insisted that it fully respected the need to safeguard the company’s defense and other state links.

“As we noted, discussions are ongoing, but we have always had deep respect for the role of the Government of Brazil, as well as their important defense and security concerns,” Boeing spokesman Phil Musser said.

Earlier, Temer told a news conference he would study any decision the companies take on an alliance, emphasizing that his government could use its ‘golden share’ in the company to block foreign control of the formerly state-run company, fully privatized in 2006.

“When a decision arrives, I will examine it,” Temer said. He added: “The purpose of the golden share is for the government to take such a decision.”

“We are in favor of this and other partnerships,” Jungmann said at the same news conference with Temer.

But he also said foreign control of the company was out of the question, citing Embraer’s central role in Brazil’s defense industry.

“The moment that control of Embraer passes to a company from another country, it will control strategic decisions” for Brazil, Jungmann said. “No country would give up control of that.” He mentioned the Gripen fighter jets Embraer will build with Sweden’s Saab AB (SAABb.ST) and the KC-390 cargo jet project with which Embraer plans to dominate the military transport market long dominated by the U.S.-made workhorse Hercules C-130.

Boeing and Embraer last year signed a deal under which the U.S. planemaker will help market the new military cargo jet but also provide maintenance services once they are sold.

The government’s opposition to a full sale does not preclude a more targeted deal, according to a source familiar with the matter.

“If the government persists with its objections, one structure that could be proposed is for the government to keep control of its defense business, and that Embraer sells its commercial business to Boeing,” the source said. “The deal is strategically important for Boeing because it will fill out its commercial line with regional jets.”

Some kind of commercial jet joint venture between the two jet makers would “make a lot of sense,” Teal Group analyst Richard Aboulafia said. “Even some kind of military joint venture such as military transports would make sense – but an acquisition of Embraer makes no sense.”

It would be harder to quantify the gains to shareholders from a more limited joint-venture deal than with an outright acquisition, said Cowen analyst Cai von Rumohr.

“I honestly think Boeing knew all along that it would be a joint venture or partnership,” he said. “But just like with Airbus-Bombardier, you can still set up something along those lines that’s clearly a win-win.”

Potential gains for Embraer would include Boeing’s greater sales clout with major airlines, as well as with servicing existing jets and potential savings with suppliers, he said.