A massive explosion has rocked Lebanon’s capital Beirut, killing at least 100 people, injuring almost 4,000, flattening much of the port, and sending a shock wave that damaged buildings across the city.

Prime Minister Scott Morrison said one Australian had been killed and Australia’s embassy had been “impacted significantly” in the explosion.

“We can report all of the staff there are well, but the building that the embassy is in has been significantly compromised. I’m pleased that apart from some cuts and scratches, our staff are all OK,” he said.

“But our sympathies to all of the people of Lebanon. There is such a large Lebanese Australian community here and they would be worried about loved ones.”

On Wednesday evening, the Australian Government pledged $2 million to help Lebanon recover from the blast.

The funding will be split between the United Nations’ World Food Programme and the Red Cross movement to provide food and medical care.

Foreign Minister Marise Payne said some embassy staff were hit by flying glass when the building’s windows were blown out.

Footage of the Explosion in #Beirut #Lebanon a few minutes ago. Praying for the safety of everyone. pic.twitter.com/6Q3y6A6DxL

Footage of the incident showed white smoke billowing from a large fire at the port, with small flashes and explosions, before an enormous blast which sent a shockwave roaring out over the city and a giant red cloud billowing into the sky.

The explosion destroyed homes, offices and other buildings around the port district.

Officials said they expected the death toll to rise further as emergency workers dug through rubble to rescue people and remove the dead.

It is the most powerful explosion in years to hit Beirut, a city on the Mediterranean Sea home to roughly 2.2 million people, which is already reeling from an economic crisis and a surge in coronavirus infections.

Many have lost jobs, while the worth of their savings has evaporated as the currency has plunged in value against the US dollar and many have been thrown into poverty.

Beirut hospitals quickly filled beyond capacity, pleading for blood supplies and generators to keep their lights on.

Dozens of ambulances ferried the injured from the port area, where the wounded lay on the ground.

One medic said 200 to 300 people had been admitted to a single emergency department.

“I’ve never seen this. It was horrible,” said the medic, who gave her name as Rouba.

There have been reports of damaged buildings at least 10 kilometres from the blast.

Mr Morrison said there were normally around 20,000 Australians in Lebanon, although he did not know how many had returned home because of COVID-19.

Opposition Leader Anthony Albanese, along with fellow Labor MPs Penny Wong and Andrew Giles, expressed their “deepest sympathies to those affected by the horrifying explosion”.

“A difficult year has been made so much harder, for so many. Australia should work with authorities in Lebanon to offer whatever support we can,” they said in a statement. 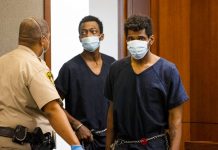 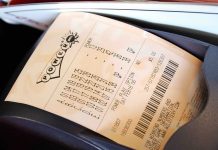 Powerball Winning Numbers: Did Anyone Win the $123 Million? 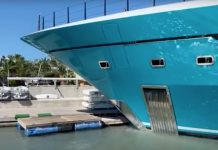 Canada Is Getting Its Own Version of ‘Drag Race’: Werk the world!

There has been overwhelming interest from people who want to pre-register for the COVID-19 vaccine. This may continue to cause our registration system to...

Concern over the rising number of cases of novel coronavirus mutations is splitting Quebec in two -- the greater Montreal area, where authorities fear...

A national panel of vaccine experts recommended Wednesday that provinces extend the interval between the two doses of a COVID-19 shot to quickly inoculate...

Canada’s agreement with COVID-19 vaccine manufacturer Novavax has been released in regulatory filings, showing the drug maker has set delivery schedules, but also has...

Montreal general manager Marc Bergevin said he needed to be “100 per cent sure” he was ready to make the decision to fire longtime...