Home Top Global News Amgen estimates its U.S. tax bill at over $6 billion as it... 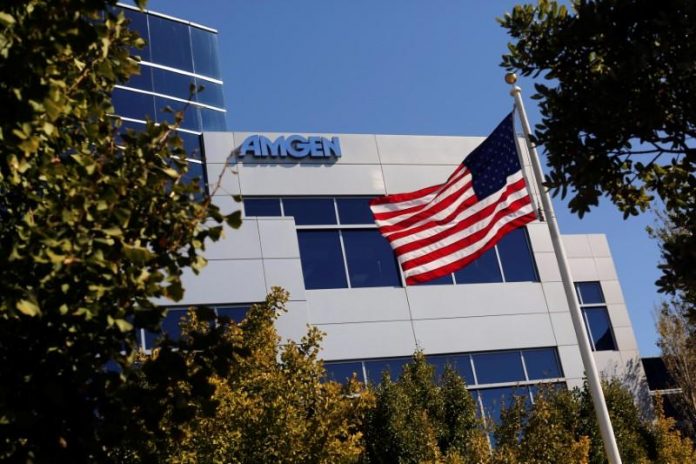 NEW YORK (Reuters) – Amgen Inc (AMGN.O) said it expects to incur tax expenses of $6 billion to $6.5 billion over time as it repatriates cash it has accumulated around the world because of the new U.S. tax law signed by President Donald Trump on Friday.

Some of the expense is also due to the revaluation of its tax liabilities, the drugmaker said in a filing with the Securities and Exchange Commission.

Amgen did not say how much of its $38.9 billion in cash and other holdings it plans to move back to the United States. To encourage U.S. companies to bring home the more than $2.6 trillion now held overseas, the law sets a one-time tax repatriation rate of 15.5 percent for cash and cash-equivalents and 8 percent for illiquid assets.

Amgen said its future U.S. income generally will be taxed at the 21 percent U.S. corporate income tax rate, while its income elsewhere will generally be taxed in the United States at 10.5 percent, reduced by foreign tax credits.

It said the tax expenses from moving its cash back to the United States will affect its current generally accepted accounting principles (GAAP) earnings forecast, but will not affect its non-GAAP forecast.

Rahul Dubey welcomed dozens of protesters into DC house as police ‘pinned’ them on...

Two big hunks of space junk zoom safely past each other...