Noomi Rapace will lead cast in a gender-swapped adaptation of Hamlet from filmmaker Ali Abbasi.

The film will reunite Abbasi with The Wife and Melancholia outfit Meta Film after they produced the director’s Oscar-nominated Cannes 2018 hit Border.

Iceland’s Sjón (The Northman) is writing the project, with Stine Meldgaard Madsen (Borgen) producing for Meta Film. The film will be produced in collaboration with Boom Films, with principal photography scheduled for autumn 2021.

Swedish-Danish-Iranian filmmaker Abbasi said: “Shakespeare stole the Hamlet story from us. Now it’s our turn to claim it back and make a version so insane and so bloody that make him turn in his grave. Let’s make Hamlet great again!”

Prometheus and The Girl With The Dragon Tattoo star Rapace added: “Hamlet is a dream project in its purest and most explosive way. I’ve been hoping, dreaming, wishing for this as long as I’ve been an actress. I base this as much on the material as on the creative alliance that surrounds it. Ali, Sjón and Meta are for me creatives on the highest level. They’re truly brave and groundbreaking in their different areas and always on top of their game. To take on a Danish story with a Scandinavian touch and bring it out into the world with this group of people is a dream.”

Abbasi trained at the Danish Film School and made his feature debut in 2018 with Shelley, which was selected for the Panorama competition at the Berlin Film Festival. His second film, Border, won in the Un Certain Regard section of the Cannes Film Festival in the same year. 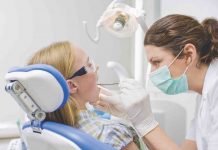 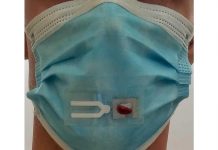 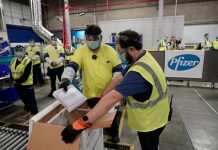 The Dark Crystal: Age Of Resistance Cancelled By Netflix, Report

In a dog training centre built inside a shipping container located in a Czech mountain village, Renda, Cap and Laky are being put to...

Dr. Natalie Archer knows that getting herself and her employees vaccinated against COVID-19 won’t solve everything. But as a dentist who serves more than 7,000...

Quebec researchers from the Montreal Heart Institute have found that colchicine — a medication used to treat inflammation and gout — is an effective...

New Brunswick's Edmundston region is now in a 14-day lockdown. Health officials in the province say the order is needed to curb a rise in...

Health officials in New Brunswick are reporting 20 new cases of COVID-19 on Sunday. The cases have been identified in the Moncton region, Edmundston region...