The US government has expressed concern about the growth of Chinese smartphone makers in the west, and that reportedly led to the cancellation of a deal between Huawei and US carrier AT&T last month. Now, multiple national security figures in the US have issued a direct warning that consumers should avoid devices from Chinese tech giants Huawei and ZTE. However, the warning lacks any specific claims of wrongdoing.

These statements came during a Senate Intelligence Committee hearing. The intelligence officials included, among others, FBI Director Chris Wray and CIA Director Mike Pompeo. Wray said he is concerned companies like Huawei and ZTE are beholden to the Chinese government, and it would be a mistake to allow them to gain positions of power in US telecom. NSA director Michael Rogers noted, “You need to look long and hard at companies like this.” All six intelligence officials indicated they would not recommend people buy phones from Huawei or ZTE.

Huawei has already issued a statement objecting to its characterization as a security threat. It notes that it sells phones in more than 170 countries and “poses no greater cybersecurity risk than any ICT vendor.” If you’ve been paying attention to the Huawei drama lately, you probably know the US is one of the countries where its phones are sold. If there’s a legitimate security concern, why not ban imports?

It’s unclear why these firms in particular were the subject of debate. No one has produced any information indicating Huawei or ZTE are running surveillance operations for the Chinese government using consumer phones. There are plenty of other Chinese companies involved in the US phone market as well. For example, Motorola is owned by Lenovo, and OnePlus (a subsidiary of Oppo) is based in Shenzhen. Speaking of Shenzhen, smartphone makers like Apple produce their phones in Chinese-run factories in Shenzhen. The intelligence community has not expressed any concern about that.

The statements from Wray and others feel more like a “better safe than sorry” approach to consumer electronics. Perhaps Huawei, already the second largest smartphone maker in the world, could theoretically engage in malicious activities on behalf of the Chinese government if it became the dominant player someday. Although, this ignores the way mobile devices operate. Even minor security breaches are detected by researchers and developers (we cover them all the time on ExtremeTech). Huawei would be caught if it attempted to hide Chinese government spyware in an Android device, and such a revelation would destroy its business. The fact of the matter is, China probably wants a homegrown competitor to Samsung and Apple more than it wants to spy on US consumers. 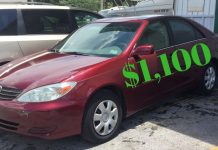 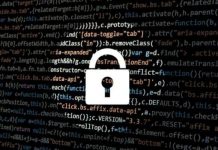 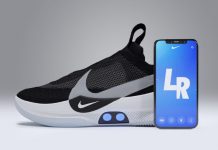 Wind storm outages: Over 100000 People Are Without Power

Three ancient shipwrecks discovered off the island of Kasos

The third and most recent launch includes one experimentally darkened satellite. Astronomers have yet to see whether it's an effective solution. Monday’s launch, which took...

Meet the 13 astronauts who could be the first humans on Mars. One of those astronauts, Zena Cardman, calls Williamsburg, Virginia, her home. Cardman has a...

Remember Ethan Suplee, the heavy-set actor from "American History X" and "Remember The Titans"? A quick look at him now and you'll see that...

Losing weight is an effective treatment for Obstructive Sleep Apnea (OSA), but why exactly this is the case has remained unclear. Now, researchers in...

A MAN'S penis started turning black after his partner accidentally bit it during sex, docs have revealed. The 43-year-old, who hasn't been identified, went to...

Alexandria Ocasio-Cortez: ‘No question’ Trump is a racist

Lizard in lettuce? Woman traumatised by what she found in her...