Lee Keltner became at least the fourth person shot during protests in Colorado so far this year when he was killed Saturday after a conflict with a private security guard in downtown Denver.

Family members identified Keltner, 49, as the man fatally shot during dueling protests Saturday in downtown Denver. Police on Sunday identified a 30-year-old man as the suspect and confirmed he was working as a private security guard at the time and not participating in the protest.

Dolloff remained in jail Sunday without bond on suspicion of first-degree murder in the shooting, jail records show.

A sequence of photos of the incident captured by a Denver Post photographer appears to show Keltner slapping Dolloff in the face before the two back away from each other. The next image shows Dolloff shooting at Keltner — a shell casing is seen being ejected from his handgun — as Keltner fires a cloud of pepper spray at Dolloff.

Police detained Dolloff and a 9News employee at the scene, but released the station employee after he gave a statement.

The man who died has not been named publicly by officials, but his son identified him as Lee Keltner in an interview with The Post on Sunday.

Keltner, 49, was a Navy veteran who ran a hat-making business in the Denver area for many years, his son, Johnathon Keltner, said.

Carol Keltner, who said she lives in Arkansas and identified herself as Lee Keltner’s mother, posted a message on the Northeast Arkansas Tea Party Group on Facebook announcing his death at the Denver rally. “He was murdered because he backed the police,” she wrote.

A Facebook page with Dolloff’s full name and a photo that appears to match his jail booking photo shows that he worked on a ranch on the Eastern Plains where he raised sheep and dogs. Court records show Dolloff had no previous criminal history beyond traffic incidents.

Pinkerton, the security company 9News said it contracted with for the protest, did not reply to questions from The Post sent Sunday morning.

While Pinkerton had an active license to employ security guards in Denver, officials have no record that Dolloff had the required city license to work as a private security guard, said Eric Escudero, spokesman for the Denver Department of Excise and Licenses.

The cities of Denver, Colorado Springs and Glendale require private security guards to obtain city-issued licenses, though there are no statewide license requirements. Denver’s licensing process requires guards to complete 16 hours of training by an “eligible training provider” before working in the city. Further training is required before a guard can carry a firearm during work or dress in plainclothes.

Someone working as private security without the required license can face up to a $999 fine and a year in jail, Escudero said. If a registered security company employs guards who are not licensed, the company can also face fines and the suspension or revocation of their license.

A job listing by Pinkerton for a part-time security job in Denver states applicants must have a high school diploma, a concealed carry license and a merchant guard license, which is offered by the city.

The investigation into Dolloff’s and Pinkerton’s licensing is ongoing, Escudero said.

The shooting took place as two opposing groups demonstrated in Civic Center on Saturday. Dozens of people gathered for a “Patriot Rally,” which was protested by dozens of people who attended an event called a “BLM-Antifa Soup Drive.” The two groups yelled at each other prior to the shooting, but police kept them separated. 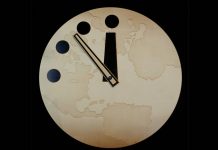 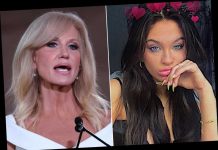 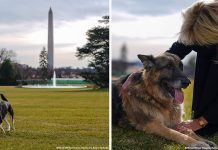 In another stellar win for the Trump administration, today the Bulletin of the Atomic Scientists pushed the Doomsday Clock forward to 2 minutes from...

Canada Post has confirmed that a worker has died of COVID-19 at its Gateway facility in Mississauga. Spokesperson Phil Legault says the employee had tested...

Three more weeks. That’s the length of the most recent extension of public health orders in Saskatchewan meant to limit the spread of COVID-19. Premier...

Doctors in northwestern New Brunswick held a news conference on Wednesday to try and convince the local population to take the pandemic more seriously. The...

For the second consecutive day, Manitoba's new COVID-19 case count has been below 100. Health officials announced 95 new cases on Wednesday, bringing the total...

Coronavirus Canada Updates: 3 more deaths of people with COVID-19 in...