Scientists have discovered one of the best-preserved Ice Age woolly rhinos from the melting permafrost in Russia’s extreme northern region.

The extinct species that likely roamed in the country’s diamond-producing region of Yakutia some 20,000 to 50,000 years ago has many of its internal organs still intact.

The carcass was found in August with most of its soft tissues, including intestine, lumps of fat and other parts such as limbs, hair, tooth and horn, scientist Valery Plotnikov was quoted as saying by Yakutia 24, a local media outlet.

Valery Plotnikov believes the woolly rhino was likely 3-4 year old when it died and the young mammal could have died by drowning.

It likely lived during the late Pleistocene era, which ended 11,700 years ago, according to researchers at the Russian Academy of Sciences.

“A small nasal horn has also been preserved – this is a rarity, since it decomposes rather quickly,” the palaeontologist with the Russian Academy of Sciences, was quoted by Yakutia 24 TV.

The marks of wearing on the horns suggested that the rhino was actively using it to find food, she said.

Similar major discoveries have been made in Russia’s vast Siberian region in recent years with the effects of climate change. Mammoths, woolly rhinos, Ice Age foal, and cave lion cubs have been found in the region as the permafrost is melting with the warming temperatures in the Arctic.

The recent carcass was recovered close to the area where another young woolly rhino was recovered in 2014. It was dated to be 34,000 years old and named Sasha.

The wooly rhino would be studied to understand its origin and radiocarbon studies would be conducted to know the precise date.

The remarkable discovery is reported to be by locals in the banks of Tirekhtyakh river of the Abyisky region.

In September, a well preserved carcass of a bear from Ice Age was discovered in the Lyakhovsky Islands in north-eastern Russia.

New on Netflix in April 2018: Movies and New TV shows 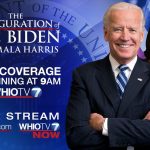 Landing in the midst of a deadly pandemic, and now facing security concerns due to an insurrection attempt at the U.S. Capitol last week... 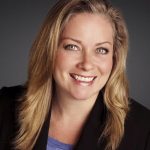 A prominent Ontario CEO has relinquished her position on the provincial task force set up to distribute the COVID-19 vaccine following an overseas trip. “Today,... 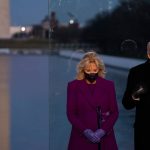 In his first hours as president, Joe Biden will aim to strike at the heart of President Donald Trump’s policy legacy, signing a series...

Pfizer will not ship any vaccine doses to Canada next week, Report

Pfizer Inc. (NYSE:PFE) will temporarily suspend all shipments of its COVID-19 vaccine to Canada next week before resuming shipments — albeit at a reduced... 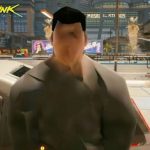