Freeland reported the result on Twitter today, less than 24 hours after revealing that she had been tested and was self-isolating because she may have come in contact with someone infected with the illness.

She urged Canadians to download the COVID Alert app to their phones.

The app involves users who test positive voluntarily saying so on their smartphones using a code from their health authorities, with other users being alerted if they come in close contact with that person.

The app has been integrated into the public-health systems of all provinces except Alberta and British Columbia and downloaded 4.9 million times since it was launched at the end of July.

Yet while more than 100,000 Canadians have tested positive since that time, Ottawa says only about 3,000 people have self-identified as doing so on the app. 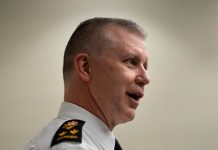 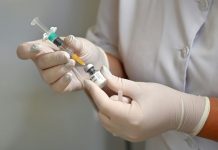 Powerball Winning Numbers: Are you the lucky winner of Saturday’s $78 million jackpot?

A Burns Lake man is turning heads after taking a lynx by the scruff after it broke in and attacked his chicken coop. In a...