Brazilian President Jair Bolsonaro has again tested positive for coronavirus, CNN Brasil reported on Wednesday, suggesting he has yet to recover from an infection diagnosed announced last week.

CNN Brasil reported that Bolsonaro personally told the network of his new positive test result and said he would take another test in a few days. Since catching the virus, the president has said he remains in good health and he would resume his normal work schedule if he tested negative this week.

Bolsonaro first announced his diagnosis on Jul 7 after dismissing the severity of the COVID-19 pandemic, calling it a “little flu” even as Brazil’s outbreak became the worst in the world outside the United States.

He played down the country’s mounting death toll – now over 74,000, out of nearly 2 million confirmed cases – and said his good physical condition would prevent him from developing serious symptoms if he got ill.

Bolsonaro has also sidelined medical experts in Brazil’s handling of the pandemic, pushed back against state and city lockdowns and circulated often in public without a mask, drawing criticism from public health specialists 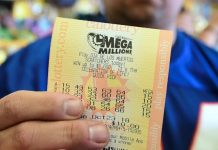 Woman Has to Undergo a Liver Transplant After Nose Piercing Leads to Life-Threatening Condition, Report

Experts say the number of people who would have died from a COVID-19 infection is likely much higher than recorded because death certificates don’t...

A zookeeper in Spain lost his life while cleaning an elephant after he got hit by its trunk, fell on iron bars on a...

A third vaccine may be heading to Connecticut soon. On Friday, an advisory committee recommended the FDA grant authorization for the Johnson & Johnson vaccine. The...

2021 Super Bowl halftime show: How to watch The Weeknd live...